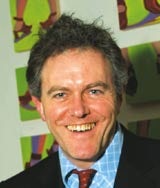 Online advertising spend in the UK will smash through the &£1bn barrier and overtake the outdoor sector by mid-2006, according to the Interactive Advertising Bureau.

The IAB, which is rebranding as the Internet Advertising Bureau, made the prediction at the end of a 100-day review undertaken by new chief executive Guy Phillipson. Phillipson has also published a five-point action plan to increase online spending by traditional advertisers.

Earlier this month, IAB and PricewaterhouseCoopers figures showed that online ad spend grew by 60 per cent in 2004 to &£653m, accounting for 3.9 per cent of the UK ad market – ahead of radio’s 3.8 per cent. The Radio Advertising Bureau disputes the figures.

Phillipson has spent the past three months personally interviewing marketing directors at blue-chip companies, agencies and online publishers. He says: “Brand image is now highly influenced by the online experience and consumers are taking control like never before. The IAB will be at the heart of driving new advertisers online and helping existing advertisers to get more out of the medium.”

Before joining the IAB in January (MW January 6), Phillipson was head of advertising at Vodafone. He was recruited because the IAB council – made up of representatives of UK online publishers and portal operators, including MSN, AOL and Yahoo! – wanted someone who could convince senior marketers to spend more online.

Premium prices were once a test of brand value but pioneering brands are slashing costs.

When Dr Klaus Maerten hurt his foot in a skiing accident, he can have had no idea that the air-cushioned shoe he invented with his friend Dr Funck using old rubber tyres would have had such an impact on popular culture. Without their trusty Doc Martens, how would the mods and rockers have stoved each […]

Media neutrality does not apply simply between media: it applies within them too. This may mean agency staff need to learn new roles, says Mike Parker