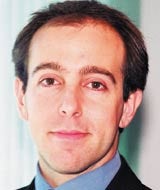 As the advertising industry continues to struggle, online marketing’s growth continues and will not repeat mistakes of the past, says Danny Meadows-Klue

The online industry enjoyed a full and rapid recovery in 2002. The latest wave of tracking data from PricewaterhouseCoopers has provided a wake-up call for marketers who thought their online presence finished at the home page of their website. Online advertising proved the exception of an otherwise weak 2002 ad market, reporting 19 per cent growth year-on-year to close 2002 at just under &£200m, setting a new industry record and re-establishing itself as the fastest growing marketing medium.

More revealing still is the step change in market share. This has risen every quarter from around one per cent of total ad spend in mid-2001 to 1.7per cent in December 2002, giving an average of 1.4 per cent and placing the internet market comfortably ahead of competitors such as cinema. There is a mood of confidence in the industry again and a comfort that online is very much on track to meet its target of a two per cent market share by autumn 2004.

There are dozens of separate drivers behind this growth: greater accountability, new ad products, simpler planning, standardised creative. However, the consistent theme is that this is a long-term trend and a full recovery that marks a definitive end to the tough market of early 2001, in which online grew only seven per cent, albeit against a total contraction in the ad market.

One key theme emerging is that traditional advertisers have become the driving force in the use of online. Gone are the heady days of the dotcom boom with short-term campaigns fuelled by venture capital. This has been replaced by long-term investment from traditional firms integrating the Web into their offline brand campaigns.

It is of little surprise that packaged goods, alongside financial services and motoring, are among the fastest-rising sectors. But the make-up of an online campaign is changing too, as brand managers select a wider menu of online ad products, combining banners, e-mail, sponsorships, search and other formats to reach online consumers in different ways. In short, advertisers who had tested the water have realised how effectively online works and have fixed it in their schedules.

But part of the story is simply about marketers catching up with where their audiences had moved to. It is what we all know from looking at our colleagues: the internet is now mainstream. In December 2002, NOP revealed that more than half the British population were online, and that 9 million of us made an online purchase in December alone. The internet has the largest reach of any media among professionals at work, and the Fishbowl consumer diary studies put the internet above magazines and newspapers as the third most consumed media by time. Yet the full potential is still to come as with 5,000 new consumers logging on every day in the UK, the internet will continue to be the medium for audience growth.

Smart marketers have moved online. And they are there because it works.