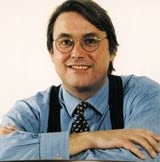 Online bookmakers have hit back at allegations of under-age betting on their sites, with an attack on banks for not policing the issue of debit cards to under-18s.

An investigation by children’s charity NCH found that children as young as 11 could gamble using freely available debits cards such as Solo and Electron.

But bookmakers say banks should have a greater responsibility for the issue and use of the cards. Virgin Games chairman Simon Burridge says a deposit is needed to open an online gaming account that is recognisable by its code on banking records, which means banks could stop gambling transactions by under-18s.

Burridge says Virgin Games will ban the use of Solo and Electron cards on its website from next week. Virgin Games is one of the few websites to be awarded a certificate for social responsibility by gambling watchdog GamCare. Burridge adds: “The banks have a big responsibility. It would be good for both industries to agree on a system.”

A spokesman for Blue Square agrees that banks need to take a greater part in preventing under-age gambling. He says: “We intend to meet with banks and put pressure on them either not to issue Solo cards, or to prevent transactions from going through.”