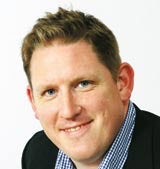 The majority of consumers expect to buy their next motor insurance policy online – but many will give up in disgust because of problems with crashing websites or incomprehensible and over-long forms.

According to a study into online car insurance purchasing habits, 68 per cent of consumers plan to go online for their next motor insurance renewal. Those who do are usually able to find quotes that are competitive with their existing insurance, but one in three of those who have already tried to buy car insurance over the internet say that they have given up before completing a transaction.

Reasons for failing to complete a purchase include complicated and lengthy online application processes and websites that keep freezing or crashing. One consumer compared the process to “wading in sand”.

Tom Wood, managing partner of online sales consultancy Foolproof, who wrote the study, says: “Poor usability, combined with product confusion over why prices and cover vary so much between insurers, all adds to the ‘noise’ and anxiety surrounding purchase decision-making.”

The study also found that in order for consumers to feel that a basket of quotes was valid, it had to include at least one of the “big six” companies – Admiral, Churchill, Direct Line, Elephant.co.uk, Esure and Norwich Union. However, so long as one of the six appears towards the top of search results, consumers will be happy – they will not actively search for the other “big six”.

Consumers complained of a range of problems – for instance, some websites failed to recognise postcodes, while others would not accept particular occupations. As one consumer observed: “If they can’t give me a quote, they aren’t going to get my business.”

The research was conducted by YouGov, which processed 1,500 surveys and conducted 30 hours of in-depth interviews.