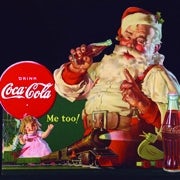 Coca-Cola was at least partially responsible for inventing many of marketing’s most enduring techniques. Only a few short years after founder John Pemberton served up the first glass of Coca-Cola at Jacobs’ Pharmacy in Atlanta in 1886, Coca-Cola’s second owner Asa Candler used coupons and sampling to get people to try it with the aim of building an audience. The coupons read: ’This card entitles you to one glass of free Coca-Cola at the fountain dispenser of genuine Coca-Cola.’

He mailed these coupons to households across America as Coca-Cola grew. According to Coca-Cola’s chief archivist Phil Mooney, 1 in 10 Americans redeemed a coupon for a free glass of Coca-Cola in the 1890s.

Candler, a pharmacist by trade but instinctively a brilliant marketer, printed Coca-Cola calendars to try to get the brand into people’s homes. To get the drink into other pharmacies, he created serving trays and posters and gave away branded apothecary scales and other equipment used by pharmacists that might convince them to stock the drink.

“The pharmacy was like the Facebook of the late 19th century,” says Coca-Cola chief marketing and commercial officer Joe Tripodi, “it was where people would go to meet and share news.” 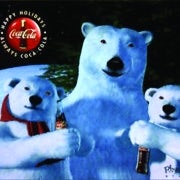 Candler gave away branded wallets to men and hand mirrors to women. Candler opened the door to what would eventually become a global branded merchandising business. Later, he would transform the brand through the discipline of design. By 1915 Coca-Cola had become very successful and had spawned a number of imitators so Candler needed to restore Coca-Cola’s status as a unique product.

At the time all soft drinks were packaged in straight bottles. When they were refrigerated the label would often come away from the cold, glass bottle, leaving no brand distinction. Candler held a competition in 1915, briefing Coke’s bottlers to come up with a solution. Their brief was to “ensure customers would recognise a Coca-Cola bottle even if they picked it up in the dark”. Enter the famous contoured bottle, a design that changed the game. That bottle, the script brand logo (which was created by Candler’s bookmaker Frank Robinson) and the secret formula of Coca-Cola all remain intact today.