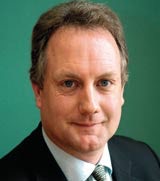 The biggest problem in the past has been that those involved in the delivery process – content owners and publishers, portals, interactive agencies, ad serving companies (the companies that handle the software and hardware often used to deliver the ads) and clients – used different ways of counting “opportunities to see” online ads.

Foan adds that the new standards – which include clear definitions about what an ad impression is and instructions on how and when it should be counted – should mean that figures are comparable between publishers and portals and across borders, creating a common international measuring currency for clients and agencies. He says: “These standards are about ensuring that the systems have a common approach, and that those systems are regularly checked, rather than about the absolute audience numbers.”

There have also been problems in the past with automated systems – for example, Web spiders, the software used by search engines to catalogue what is on Web pages – being inadvertently included in traffic numbers, and with how ads which are cached (stored locally in an internet service provider’s system to speed up delivery to end users) are recorded. Again, the new standards set strict guidelines.

ABC Electronic, the Interactive Advertising Bureau UK and others have worked as part of JICWEBS (Joint Industry Committee for Web Standards) on these standards for seven years now: they build on measurement systems introduced by ABC Electronic in 1996.

Almost all of the major online publishers and ad server companies have now come on board, as have more than a dozen international IAB offices, the World Association of Research Professionals, and the World Federation of Advertisers, as well as a range of other groups.