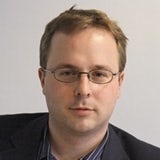 If you wander around London at the moment you’ll see ads for Yell.com on the sides of buses. For the marketing industry, what is most notable is not the clever use of GPS technology to allow the buses to show the most relevant ad for wherever they are along their route, but the agency behind them. Yell chose AKQA, until now a resolutely online agency in the UK, to develop the offline advertising, having beaten traditional agencies to the account.

Elsewhere around town, media agency Carat has completed its restructuring in the past month so that digital now forms a key element of all its teams, rather than being in a separate ghetto.

The sense that both clients and agencies are showing increasing faith in digital will add to the belief of many in the online industry that it can take over the world. But the industry shouldn’t get too carried away.

In a recent debate hosted by the Internet Advertising Bureau, a number of senior figures argued whether the internet is the future of advertising. Despite a self-selected audience which was broadly pro-internet, almost a third of them backed the No argument by the end, unconvinced by the notion that traditional media would be cast to one side.

While not a complete victory for the naysayers, it was a useful exercise in undermining the hubris the online industry suffers from. Now that everyone is doing well, people look back at the 2000 dot-com bubble as an aberration. But is the industry suffering from many of the same problems again? Inconvenient facts are still frequently swept under the carpet. According to Ofcom, 40% of households have no internet connection and 33% don’t have a computer either. Some never will.

Where last time around we had pointless statistics of page impressions being used to justify huge valuations for profitless ventures, now we have equally meaningless figures about registered users to lend credence to the vast price tags attached to social networking sites. And despite the surge of interest in those sites, 86% of internet users have never made any contribution to a website.

The internet is only part of the future of advertising, albeit an increasingly important one. The smarter brands and agencies will make sure they can work well in old and new media alike. Yell.com is an online brand which might have used a digital agency, but it still wanted its ads on outdoor sites, on TV and in cinemas.