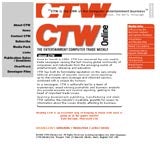 Felix Dennis, chairman of Dennis Publishing, made a surprising prediction at a PPA conference earlier this year when he forecast that online publishing would pose a more significant threat to trade magazines than consumer titles. Indeed, he claimed that this was a key factor in Dennis’ decision to dispose of its controlled circulation titles.

Neil Stiles, publishing director of Reed Computing Group which bought Dennis’ computer trade portfolio, rejects the suggestion. “If a magazine is primarily a market for products for sale, which consumer magazines tend to be, you would expect a higher degree of migration to the Web because it is the perfect search and analysis medium,” he claims. Because trade titles focus on big-ticket items which are a sophisticated sell, usually involving many layers of decision-making, Stiles is adamant that the sector will not be damaged by the Web. He is joined by other industry experts when he claims that computer trade magazines and their online counterparts are complementary. Far from displacing print, they believe that online works hand in hand with it.

Ziff-Davies has unequivocal proof of this. In the US, the company has been monitoring Web traffic and has observed distinct peaks in visitor numbers immediately following publication of the printed title. It has concluded that its magazines are actually driving traffic to the Internet.

Does this mean then that print and online are sharing the same readers and that the audience is spending proportionately less time on each? The evidence is not clear. Reed believes that its online readership has a slightly younger profile. Others are less sure.

Paul Fisher, editor of IDG’s PC Advisor, says: “We don’t know if we’ve attracted new readers but we assume that there is a route from the print version to online because readers can download things we draw attention to in print.

“When creating online editorial, we don’t just want to replicate the print version. We try to put in things that we may not have room for or which might not be of interest to mainstream readers,” adds Fisher.

Steve Masters, marketing manager at VNU New Media, agrees that it is critical to treat the editorial of each medium differently. “We differentiate in how we present the information,” he says. “We recognise that online readers don’t want a lot of volume. It’s an in-and-out read. We give them many references to other things so that they feel they are gaining access to content they wouldn’t get in print.”

Stiles points out that herein lies one of the contradictions of the Web: “It’s an inbuilt irony that although one benefit of the Web is its immediacy, it is being used primarily as an archive and database medium.”

Lisbet Sherlock, European director of marketing services at Ziff-Davies, thinks that this may be one explanation for print and online versions being complementary. “It’s hard to use the Web to search for something unless you already have a lot of information,” she claims. “When you use a print medium, your brain is taking a lot of shortcuts. With the Web you have to put very tight boundaries around things.” Those boundaries, she believes, are set by the print medium.

Research conducted for Ziff-Davies last year suggests that the complementary elements may also be related to the differing ways in which people see print and online. The survey found that computer magazines were frequently described as “reliable”, “objective”, “credible” and “accurate”. The Web, on the other hand, was described as “interactive”, “searchable” and “up-to-date”.

A good example of print and online in tandem is Computer Trade Weekly. Every week, 24 hours before publication, the publisher sends The News Digest, a snapshot of leading news stories in the magazine, to its database of 15,000 e-mail addresses. The company has also recently started to use The News Digest as a research tool by including questions which are used to generate a news item for the following week’s magazine.

With so much information being given away free, will publishers ever be able to charge for access to their sites? Stiles does not believe so. “In other sectors, paid-for titles are trying to set up paid-for sites by adding modules to the site – but that won’t work in the IT sector because so much is free already,” he says. “In any case, price will always gravitate to the marginal cost of distribution, so even if you try to charge on the Web someone else will eventually try to do it free because the marginal cost of distribution online is zero,” he continues.

Paul Smyth, marketing manager at Dennis, thinks that, nevertheless, it is important to ask visitors to register for access to the site. This enables the company to gather information on its audience and also deters the casual visitor. “We lose 25 per cent of people who try to access our magazines online because we ask them to register. But that means that we know that those who do register really want the content,” he says.

Dennis now has 750,000 registered users and, for the launch of Microsoft 2000, was able to produce what is believed to be the world’s first real one-to-one campaign. When users logged on to the site, they were matched against Dennis’ database and then greeted individually.

By contrast, even though PC Advisor’s circulation is all paid for, IDG is reluctant to charge for access to the site, let alone capture data on visitors. “Nothing puts people off more than lots of password protection and limiting access to the site, so we decided not to take that route,” says Fisher. “We hope to be able to offer advertisers more targeting in future but it’s difficult without registration,” he adds.

Fisher also believes that other companies have been too quick to rush onto the Web. “Some people are throwing money at it and their strategy is completely unfocused. We are putting a limited number of resources into the Internet to ensure we have a presence and keep abreast of it,” he says.

So what does the new medium offer advertisers? Until recently they could achieve 70 to 80 per cent coverage of the market through just two magazines, Computing and Computer Weekly, according to Stiles. Now there are not only many more print titles but also online titles, fragmenting the audience into ever smaller segments. Do advertisers need to be in both media and what effect would that have on their budgets?

Stiles believes that advertising in print and online works very differently. “A typical trade press ad tends to be high on awareness-building but low on call to action. Web advertising is much closer to direct mail because it has a strong call to action and, in addition, it offers a dialogue with the customer which the other media don’t have,” he claims.

Sherlock at Ziff-Davies agrees: “An ad has the power to determine whether you are on the shopping list or not and that is far better achieved in print. You have to build the brand off-line.”

VNU’s Masters believes that advertisers need to recognise the strengths of each medium rather than try to choose between them. “If any advertiser advertises online purely for awareness the company is wasting its money because it is not using the medium for what it delivers best, such as data capture and traffic management,” he says.

Does this mean that advertisers are being persuaded to increase their budgets? Sherlock thinks this is the case. “It is certainly not normal for advertisers to pull print ads in favour of the Web, because reducing print presence would be as drastic now as it would have been before the Web existed,” she claims.

That said, recruitment advertising is one area where the Internet appears to be overtaking print. Richard Buckley, associate research director at The Banner Corporation, explains: “The global shortage of IT professionals has led to increased competition by employers. The Internet enables advertisers to offer new jobs and post them on publishers’ Websites on an hourly or daily basis rather than in the weekly trade press.”

Certainly, the attractions of online recruitment seem compelling. Job seekers can apply for positions online and advertisers can place advertisements directly onto sites such as Reed’s Job Finder, without having to speak directly to Reed.

However, the Internet does not look poised to displace print yet. “Print ads can be longer, allowing the advertiser to provide more information on the position. Also, people will still want to look at job ads in print because they can do it out of the office,” says Masters.

Stiles agrees: “Our experience is that response to ads on the Web is better if the ad is also in Computer Weekly. We shouldn’t be surprised because this also happens in traditional media.”

This is what has been dubbed the “media multiplier effect” and it could well prove to be the guarantee of a prosperous future for computer trade titles. As Stiles observes: “People still read newspapers, even when stories have broken on TV. It’s all down to how the reader wants to use the information.”