As retailers look towards another Christmas online, they have plenty of reasons for optimism with continued growth in Web sales.

The top online retailers are a mix of online-only and bricks-and-clicks companies – it seems the high street has successfully taken on the challenge presented by the online giants in many cases.

Department stores and more generalist retailers have tended to do best – so Marks & Spencer, Tesco, John Lewis and Debenhams all make strong showings.

While eBay dominates the sector overall, its presence is slightly misleading as so many of the sales on its site are of second-hand goods which no mainstream retailer is interested in.

Among specialist retailers some are making renewed efforts to take on the online giants. In the past month, Waterstone’s relaunched its website vowing to become the UK’s leading multi-format bookseller. But some still refuse to get involved. Roger Whiteside, chief executive of Threshers, the off-licence group, recently reaffirmed its decision to ignore online retail.

A lot of this is companies selling to each other. But consumer spending online is also rising. According to the BMRB‘s Internet Monitor, in the 12 months to August 2006, the number of online shoppers grew by 9% to just over 20 million. Over the same period the total annual spend of online shoppers grew at a similar rate to £28bn.

Despite this, over 30% of companies still have no online presence, according to the ONS. With growth set to continue, how much longer can mainstream retailers such as Threshers afford to ignore the Web? 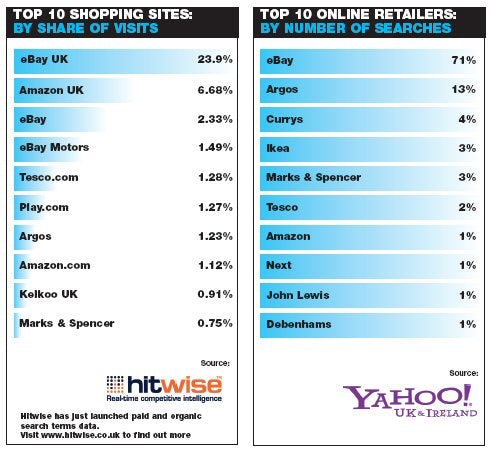 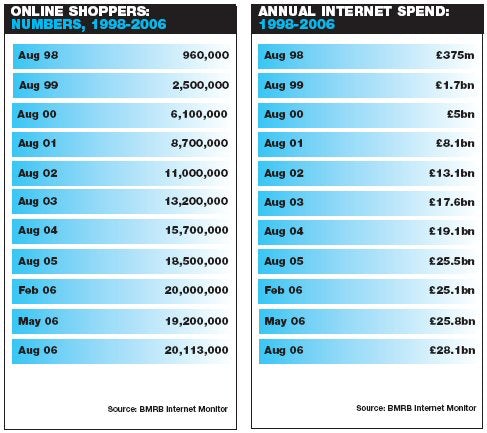