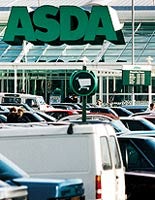 It is with a sense of some satisfaction that most of us watch the deflation of equity valuations of the dot-com buccaneers. I don’t mean the smug self-satisfaction of those who called the market correctly – it was too widely predicted for that. I mean that there is satisfaction to be drawn from the prospect of investment returning to the “old economy” which has been starved of capital during the dot-com boom.

Nasdaq, the natural stock market home of the Internet capital raisers, has led the collapse in equity markets since March. And, true, the old economy stock markets, though not unduly exposed to the dot-com revolution, have felt the cold. But companies that were valued on multiples of between eight and ten times prospective earnings are no longer looking expensive and will doubtless enjoy a “flight to quality” when markets settle down.

The old economy, in which old-fashioned companies make profits and pay shareholders dividends, clearly has something to commend it, after all. So there’s more satisfaction to be drawn from the swing in sentiment from alleged “growth” stocks to value-investment models, in which financial institutions seek to identify potential value in undervalued opportunities.

And it’s satisfying because it means that the people in the City making money for pension funds and the like will once again be those who use their skill and judgement to make value decisions, rather than the spivs and charlatans who simply talk up markets.

But the question has to be: what happens next? I’m very taken with some research from the US that hasn’t won enough media space in the UK. According to a report published by Forrester Research ahead of the stock market rout last week, there is a financial bloodbath on the way for online retailers – or e-tailers. Forrester claims that most of these will be out of business by next year, with only those with critical mass, such as book retailer Amazon.com, surviving.

The survey prompts accountancy and management consultancy conglomerate Ernst &amp; Young to observe that of some 30,000 e-tailers in the market, probably 25,000 “will have to go away”. That represents a rationalisation in this fledgling industry of a scale that has not, as yet, been appreciated.

In the second half of this year, the army of smaller e-tailing enterprises will face a twin-pronged attack from its capital-supply base and from intensifying competition in the consumer markets in which e-tailers operate.

There is nothing like a collapse in equities – and, let’s be clear, what has happened to dot-coms over the past month is very definitely a collapse – to make investment capital dry up. This is particularly true of venture-capital investment, which even in the old economy demanded burdensome short-term returns. All the more serious, the dot-com end of the venture-capital industry has been serviced by a new breed of investment vehicle known as incubator funds, many of which have taken aggressive positions in their investees, even by the standards of venture capital.

Very many e-tailers will be returning for second-round financing in the second half of this year and I wouldn’t bet that hard-eyed US incubators are going to come over all soft and sympathetic. I suspect that incubation is about to become a very chilly business in some quarters.

I shiver to imagine the form some of the re-financing conversations will take. The venture capitalist with an incubator fund will have suddenly awoken as if from a dream. Had he really promised capital on the basis of a simple number of page hits and valued the company on a gross multiple of notional earnings at some date way in the future? He’s very sorry, but he must have bumped his head.

At the actual trading end of the business, meanwhile, there are customers to be serviced in an increasingly cut-throat competitive environment. You really aren’t going to be able to protect whatever margins you might be operating on against the big operators. So you go to the wall.

The survivors will be those with cashflow and capital bases to withstand the twin pressures of investors and competition. They may not, of course, necessarily be dot-com enterprises, born and bred. More likely, the ones to prosper will be the established retailers which are deploying the Internet, rather than Internet entrepreneurs who thought it would be rather jolly to go into retailing. The former category are now widely referred to as “clicks-and-mortar” enterprises.

I would reiterate a prediction I made in June last year – that the global growth strategy of the vast US combine Wal-Mart is symptomatic of the kind of retail enterprise that will define retailing on the Internet.

When it acquired Asda for £6.7bn last year, it made out that its intentions were utterly prosaic – it was just a good fit. But then it would say that, wouldn’t it? What it failed to mention was the potential for Asda’s online operations, which Asda had tried and failed to develop through a merger with Kingfisher.

The e-tailing fantasy is over. The reality is that the Internet is a global instrument and retailing is increasingly a global business. Aspirant e-tailers will have to leave the game to the big boys and girls.