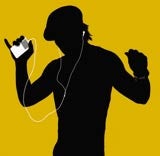 Nowadays, consumers are bombarded with so many messages that brands need to use visual narrative to get themselves noticed, says Sue Farr

If we were to believe everything we read about the supposed demise of television, and the ineffectiveness of TV ads in particular, we might assume that it has caught some mortal virus that is slowly strangling the life out of it – like a boa constrictor suffocating its victim.

Research from Google last month, unbiased of course, proclaimed that we spend more time online than we do watching TV. Yet, when you look at the facts, the opposite is true. TV audiences are, in fact, growing. Viewing enjoyment is on the increase, creative opportunities for advertisers are constantly developing and agencies are crafting visual feasts for viewers.

The fact that these feasts are more visual than verbal is, I think, a response to the sheer number of messages that each of us is exposed to every day. Arguably, the human mind has to assimilate more new stuff than it has had to since the Renaissance. Mobiles, SMS, MMS, instant messaging and e-mail have increased the level of incessant chatter – and this is just the voluntary noise. There is a “cognitive glut” as new brands, in particular, clamour for attention.

Basically, there is just too much information and advertisers are left with little alternative but to try a different approach to reach audiences. Creatively, the visual narrative is probably the single most important recent development for TV ads, yet it harks back to the original form of human communication – the use of visuals to explain a scenario.

As the human mind gets more crowded and besieged, it gets better at filtering out information. It becomes a cognitive miser, increasingly relying on visual shorthand. Endless ad copy, calls to action and fussy dialogue simply don’t get through to the consumer.

However, advertisers such as Apple, O2 and Dyson understand visual narrative and the importance of a glimpse, a fleeting moment, a fraction of a second. They understand that a brand’s identity is now far more important than its various messages. Think of brands such as ING, easyJet, Tesco and Nike and you will have an instant impression – all have a cohesive visual language.

By saying less, they seem to tell the viewer more. I can’t think of one thing Apple or Gap has said in literal terms, but I know what they are about. Part of the reason for their success is that they understand today’s rules; first, people aren’t listening, and second, even if they are, advertising is less about information these days.

We do not think in language, we think in a combination of sensory and symbolic codes, which is why visual narrative and all its constituents – symbolism, imagery and identity – are so important.

The importance attached to the left side of the brain, where the verbal cognitive processes take place, is largely a social construct, which we are already outgrowing. Our minds understand visual reasons and this is the language we all have to become more fluent in.

This has led me to an irrefutable conclusion that, for successful brands, things are less verbal and more visual. Visual narrative is now more important than a verbal storyline and the more linear, cognitive discourse of the past.

This is, of course, a massive generalisation, for nearly all communication retains an element of both the emotional and the rational – it is therefore a matter of emphasis. The best communication will still retain elements of both – only the balance has changed. Moreover, there will always be a place for the highly rational mode of persuasion, used by the Ronseals of this world.

The cognitive part of advertising rightly wants to bestow and invest brands with meaning, perhaps at the expense of droning on a bit. The visual part of advertising craves recognition and identifiability, perhaps at the expense of intellectual depth. The art is to marry both these aims; to create visual expressions and visual devices that are capable of embodying and symbolising more rational messages and more cognitive themes and ideas, and to go from brands as badges of identity to brands as identifiers of meaning. And I’d say the brands that are doing this best are the ones with the strongest visual narratives.

And in this world, TV retains a huge importance as the medium that is at its best when expressing a visual thought. TV marketers at Thinkbox should be exploring that strength for advertisers and agencies alike.

So, far from struggling to kick off a bout of the flu, TV is healthy – and in fact, is arguably healthier than it has ever been.