For those brands that really know how to leverage a sponsorship deal, the benefits are enormous. More than any other medium, sponsorship provides brands with multiple opportunities to engage with consumers on numerous levels.

But although the theory seems obvious, and certainly the days of simply badging an event appear to be over, there seem to be only a handful of brands who really know how to milk the most out of a deal as well as, in the case of sport sponsorship, see off the unofficial, guerrilla sponsors. 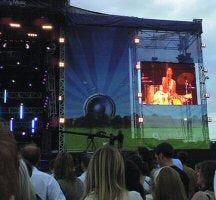 Securing the deal
Sponsorship is not cheap and practitioners believe that to get the most out of a deal, brands have to spend at least as much leveraging the sponsorship as they did in securing the deal in the first place.

The most obvious sponsorship opportunities are in sport, but music promotions are becoming increasingly popular, especially with mobile phone operators, which are moving in to become event and rights owners rather than sponsors.

Denzil Thomas is head of music and entertainment at Billington Cartmell. He says: “The benefits of sponsorship go way beyond having the logo positioned next to the brand.

“If I’m arranging a deal between an artist and a brand, I’ll make sure that there is a good base of promotional collateral – tickets and meet-and-greets, CDs, downloads or signed merchandise. I’ll then be looking for something really special. When I first started this kind of activity, it was enough to set up an exclusive performance – and that’s still a very powerful tool – but increasingly we’re talking to artists about what kind of special activity they’d like to do. When we involve the artist in the conversation, we start coming up with some really interesting projects.

“As for content, a live event could be filmed to enable users to view it on their mobile phone or via the internet service provider’s home site. But exclusive content might also be an audio recording or podcasts. The possibilities are constantly growing.”

Thomas says artists are a lot less resistant to this extension of their brand than they used to be, possibly the result of the massive commercialisation of music in the past few years. “Most artists understand that if a sponsorship or promotion programme is run sympathetically, it can be an extension to their career,” he adds.

A growing trend with some brands, particularly mobile phones, is to own the event, which enables limitless opportunities in terms of engaging with customers, but also no competition.

Malcolm Mizen from TNS Sport says music sponsorship has evolved very quickly over the past few years, especially with the input of mobile phones. “In terms of the property, there are a lot more opportunities, and events offer a broader audience in terms of gender and youth.

“The flexibilities of music sponsorship are also obvious with the decision of brands like Vodafone and T-Mobile to create their own music events. These events are of huge interest to young people and the network is able to provide an emotional attachment between the brand and the event.

“It will become increasingly common for brand sponsors to be event owners. For example, you have Red Bull owning a Formula 1 team. These brands are spending a lot of money – but it means they also have full rights to the event. It’s a way of getting control of and access to your target community,” he says.

Sports sponsorship, and particularly football, is the most high profile and most expensive opportunity available to brands. When it is done right, the benefits should be felt not only in the boardroom, but also at a grassroots level. Too often, however, brands rely on the TV audience numbers to gain brand awareness and don’t make the most of getting under the skins of fans or the sport.

And fans are beginning to realise this and becoming increasingly cynical about sponsors.

World cup
James Ralley, account manager at integrated agency Space, spent five weeks at the 2006 World Cup in Germany, visiting every tournament venue and conducting 1,500 supporter interviews on behalf of a client. What he discovered was fans becoming disaffected with sponsors. “We kept hearing the same view, with fans concerned that the corporate pound is becoming more important to football than the supporters’ money. Supporters are increasingly unhappy at the commercialisation of what they regard as their game,” says Ralley.

Those who are getting it right, go much further than the bright lights of the big games. Ralley says: “For obvious reasons, McDonald’s is a brand which needs to work harder than most to build credibility within football. Through its sponsorship of grassroots football, however, McDonald’s identified a shortage of coaches and campaigned to recruit more than 10,000 across the UK which it achieved in just over three years. This is a great example of a brand identifying an issue that resonates with its target market and reacting positively to it.”

It is the over-commercialisation of sport, driven partly by sponsorship but also media fragmentation, that is forcing sponsors to review their programmes and see how they can and should bring the fans on board.

The Promotions Practice director Dave Lawrence says: “Salaries, especially for footballers, are being driven by TV sponsorship. If you look at the global audience of something like the UEFA Champions League, no sponsor is going to turn its back on that. But sponsors need to look beyond that and be prepared to fill in the holes at a grassroots level, in the way that McDonald’s did.

“Sponsors need to understand the nature of the consumers’ involvements in an event and tap into the emotional and behavioural aspects of that event. It is vital for brands to enrich the consumer experience of the event rather than be seen as intrusive and irrelevant.”

This is echoed by Ralley, who comments: “To truly touch the hearts and minds of sports fans, brands should increasingly look to invest in them. Birmingham City FC manager Steve Bruce recently said that the average man is being priced out of attending football matches on a regular basis, with the main reason for this being the outrageous wages clubs are paying its players.

“Shouldn’t brands be branching out and looking at other aspects of sport, rather than relying on stars to give credibility? With the Olympics in mind, brands have the potential to invest in a whole host of sports community programmes, rather than appearing to add to the bank balances of overpaid prima donnas. They also have the potential to invest in the fans themselves, looking at ways to improve the day-to-day living of people’s lives as sports fans.”