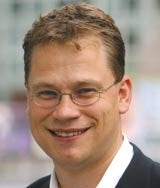 Opodo, the online travel company, has appointed former lastminute.com marketer Stephan Uhrenbacher as commercial director, responsible for repositioning the online travel brand as more than a site that sells flights.

Uhrenbacher will oversee the company’s sales and marketing strategy across the UK, France, Germany, Italy and the Nordic regions. The company has not had a permanent commercial director since Karen Richardson left more than a year ago. Managing director of the French subsidiary Luc Bourcey held the position during the interim period.

Country manager Neil Mott has marketing responsibilities in the UK and will report to Uhrenbacher. Mott oversaw an agency review last year and appointed Karmarama to the &£2.5m advertising account. Leagas Delaney had been the incumbent.

Uhrenbacher was most recently chief executive officer of DocMorris, Europe’s largest online pharmacy. He is also a former head of northern Europe for lastminute.com and the founder and managing director of German travel site Travel Channel GmbH.

Opodo was created by nine European airlines and launched in Germany in November 2001; the UK division was created in January 2002. Global distribution system Amadeus took a controlling stake in the company in June last year, which it increased to 74 per cent earlier this month.

Opodo is keen to bolster its scale to take on competitors such as Travelocity and Ebookers. It wants to expand its offering beyond flights and has recently acquired a number of European internet companies, such as French package holiday operator Karavel.