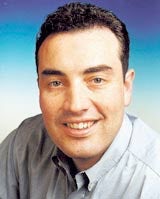 The much-hyped launch of online travel portal Opodo (MW last week) should unleash another round of hostilities in the battle for Europe’s online travel market.

While Opodo’s more established rivals greeted the launch with scepticism, and claim to be “unconvinced” by the new portal’s prospects, privately the new entrant is likely to have given them something to think about.

With a &£30m advertising budget and &£78m of backing from nine of the world’s leading airlines, including British Airways, Lufthansa and Air France, the new kid on the block may prove a force to be reckoned with.

Formerly called Online Travel Portal, the site was relaunched last week with a new identity created by Wolff Olins. The name Opodo, which comes from the words “opportunity to do”, was chosen to give the site international appeal.

Opodo will sell everything from holidays and hotel bookings to travel insurance. It is also looking for a loyalty scheme partner along the lines of Air Miles. The site already has access to 54,000 hotels in 23,500 locations, and aims to be the market leader by 2005, breaking even within two years.

The question is whether it will be able to snatch market share from established portals such as Lastminute.com and Ebookers.

Opodo marketing director Nicholas de Santis believes that launching relatively late will be an advantage rather than a hindrance.

“We have been able to talk to experienced online consumers, and come up with educated marketing,” he says, adding that Opodo’s advanced technology also gives it an edge.

The main players in the online travel market say they welcome the competition and even claim Opodo’s &£30m advertising budget will help them more than it will benefit the new start-up.

Expedia business development manager Timothy Hughes says: “This gives us a chance to say we are number one but Opodo has everything to prove. This is an industry where the key is scale. We are already big enough, but Opodo will be starting from scratch.”

Ebookers chief executive Dinesh Dhamija doubts the new company has the power or the technology to take on established players, especially as Opodo will only be launching in one country (Germany) this year. The UK launch will not be until Spring 2002.

“Eight or nine months is a very long time on the Internet so really we still don’t know what we will be fighting. It is all theory,” Dhamija says.

One thing that is likely to help Opodo is the expected growth of the online travel industry. The latest Forrester report on the online market predicts it will grow from &£592m in 2000 to over &£3.7bn by 2005.

Flight bookings are expected to make up 45 per cent of that figure, with accommodation accounting for 30 per cent.

The Forrester report also forecasts that the high street will be hit hardest by the online surge, but at present sales of traditional family package holidays appear to be sustaining these outlets. Technology has been slow to catch up with the needs of the average family wanting to book their entire summer holiday online.

Virgin Travelstore, which has just opened the first of ten planned high street stores, says the Web needs to be used as a shop window, allowing holidaymakers to take virtual tours of places and beach resorts.

The company decided to move on to the high street after Dreamticket, its online package holiday supplier, went bust, raising questions about the viability of selling package holidays on the Web.

An indication of the upset the new arrival is likely to cause in the UK online travel market can be gleaned from the outcry that followed the launch earlier this month of Orbitz – the US version of Opodo.

The site, which has the backing of several American airlines – American, Continental, Delta, Northwest and United – is already caught in a cloud of controversy after ABTA’s US equivalent, ASTA (American Society of Travel Agents), called on the US government to investigate unfair trade practices.

ABTA head of corporate affairs Keith Batton says the association will keep a strict eye on how Opodo and its airline backers operate.

“We would be concerned if it [Opodo] started to get fares not available to others, and would report it to the Competition Commission immediately,” he says.

Marketing will be the key to the success or failure of Opodo, and most people agree there will be plenty of opportunity for cross-selling initiatives and cross-promotion through its various backers. The portal has already signed up Carat as its media agency and is currently holding pitches for its creative account.

As far as the industry is concerned Opodo is just another player joining a highly competitive market. But with experts predicting a high fall-out rate in the online travel market over the coming months, it may well leave a few casualties in its wake.