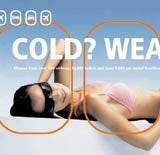 The company, formed in 2001 as a joint venture by nine airlines, including British Airways and Lufthansa, is battling for business against online operations such as Expedia, Travelocity and the airlines’ own dedicated websites.

Leagas Delaney will be invited to repitch when the process gets under way next month. The pitch will be overseen by country manager Neil Mott, who took the job in October last year. He is a former marketer for low-cost airlines easyJet, Go and American Airlines.

Previous Opodo marketing chiefs include Nicholas De Santis, who left in February last year to launch a consultancy, and Richard Hadfield, former director of sales for new channels at Thomas Cook, who left Opodo in October.

Opodo handed its media buying and planning account to MediaCom in September last year. The business was previously handled by Carat.

The company was launched in the UK in 2002, supported by a press campaign and then a television campaign featuring rock singer Iggy Pop’s Lust For Life on the soundtrack. Opodo’s strapline is “Travel your way”.