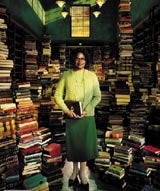 Hewlett-Packard has appointed Optimedia to handle the &£187m consolidated global media buying business for the newly merged HP and Compaq Computer, after a pitch against Zenith Media and Initiative Media.

In the UK, Optimedia was the incumbent on the &£14m HP business, but the &£8m Compaq business moves from Initiative Media. Initiative handled all Compaq’s European media buying, worth &£100m, which it only won 11 months ago (MW July 12, 2001).

The appointment follows Compaq’s acquisition by rival HP at the beginning of May. The merged company will have worldwide revenues of about $81.7bn (&£55bn) and will operate in more than 160 countries. HP chief executive Carly Fiorina is looking to achieve cost savings of $2bn (&£1.4bn) from the merger.

Compaq UK &amp; Ireland marketing director Hugh Barton is poised to land one of the four divisional chief marketing roles at Hewlett-Packard UK &amp; Ireland, although the company has yet to confirm his promotion.

Goodby, Silverstein &amp; Partners in San Francisco will be the lead agency for worldwide brand advertising, while Publicis Group Worldwide, Optimedia’s parent company, will act as global agency for products and solutions advertising. Foote, Cone &amp; Belding Worldwide, which was Compaq’s creative agency, will hand over responsibility to the newly appointed agencies in September.