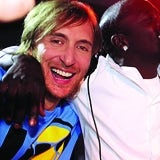 The mobile operator says the campaign, coupled with Sony Ericsson’s vision to offer the “most entertaining smartphones in the market”, will broaden Orange’s multi-channel entertainment offering.

Orange will also to extend its mobile music streaming service, in partnership with Deezer, currently available in France to other territories.

The Orange/Sony Ericsson partnership was formed in 2005, with major campaigns around the Walkman phone, featuring musicians like Christina Aguilera.

Patrick Remy, vice president of devices for Orange, says the company’s bolstered music presence will not “defocus” from its other entertainment campaigns, such as the Orange Wednesdays cinema offer or its sponsorship of the UEFA Euro 2012 football tournament.

He adds: “Our global approach to entertainment is a really material component in the customer experience. We have a bold and broad ambition to be the best loved operator and music is a key element in our relationship with customers, so it is important they get a delightful experience.”

Sony Ericsson Xperia handsets on the Orange network will have access to an exclusive David Guetta app linked to a Facebook site hosted by the two brands. The site will feature previews of upcoming tracks, videos and competitions to meet the DJ and become a reporter on his tour.

The digital and social media elements will also be supported by above the line campaigns including TV, radio and POS.

The companies say their new marketing campaign is timed to fit in with the release of David Guetta’s latest album, the summer festival season and in preparation for the back to school period.

O2 also teamed up with Tinie Tempah last month to stage the what the company says was the first ever “flash exit”.