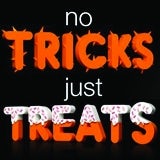 Orange says its “no tricks, just treats” campaign intends to raise consumer awareness about things to consider before they sign up to a new broadband package. It forms part of the company’s renewed focus on making its home broadband service “best in class”.

The move follows watchdog Ofcom’s crackdown on internet service providers (ISPs) misleading consumers by advertising maximum download speeds rather than the average speed they will receive.

A report from the Committee for Advertising Practice’s (CAP) consultation on broadband advertising is also expected in the coming weeks.

The “no tricks, just treats” campaign will be promoted across a range of consumer lifestyle and price comparison sites; social media; direct mail; in Orange retail shops and on a dedicated microsite.

Sylvain Thevenot, Orange Home Broadband marketing director, says: “With so many different price plans and packages available in the market, it’s important that consumers get to see exactly what they are paying for upfront without falling prey to hidden charges further down the line.”

Rival companies have also placed a strong focus on their broadband products in recent months.

BT said last month it was to face the bulk of its marketing activity for 2011 on its broadband services.