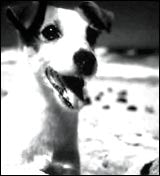 Pearce, who is Canadian, is understood to have been recruited to work primarily on the Arrows Formula One sponsorship, which the company secured earlier this year in a £70m three-year deal. He will report to marketing chief Rob Furness.

Pearce has been at the Premier League for just over three years, and is believed to have been running the Premiership’s commercial operation while the search continues for a new marketing director.

The body negotiates a number of commercial programmes on behalf of the 20 Premier clubs, but almost all proceeds from these deals are split between the 20 clubs. Last month, it sold its TV rights to BSkyB, NTL and ITV for a total of £2bn.

In addition to its F1 deal, Orange – which was bought by France Telecom last month – has a number of arts sponsorships, including the British Academy of Film &amp; Television Awards (Baftas).

Pearce declined to comment on his new role and no one at Orange was available for comment as Marketing Week went to press.