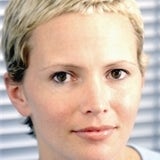 Carphone Warehouse (CW) has appointed Orange marketer Alex Korda as its European marketing chief. She replaces Johnny Robinson, who is moving to a new pan-European role at the mobile phone retailer.

Korda, who will report to CW’s group marketing director, Tristia Clarke, is understood to be starting at CW in the next few weeks. She has been working on pan-European projects for Orange and France Telecom.

The company has also been seeking a UK head of brand and channels following its acquisition of fixed line telecoms provider OneTel earlier this year. However, it has yet to fill the role.

CW has also launched what it claims is the biggest social study into how mobile phones have changed the way people live.

The Mobile Life Report was conducted in conjunction with the London School of Economics and YouGov and gathered together the views of 16,500 people.

According to the study, nine out of ten adults admit that they cannot get through the day without using their mobile phone. In addition, young people say their phone is more important to them than television.

Clarke, who was the driving force behind the Mobile Life Report, says that the interesting insights provided by the survey will help the organisation shape its marketing strategy.

She adds/ “The report has given us a snapshot of what a huge women’s market there is out there, for example, and it will help us target women more effectively.”