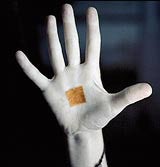 Orange is poised to axe 37 people from its UK marketing team – a quarter of the whole department – as part of a global restructure that is likely to result in 270 redundancies across the company’s UK operations.

It is understood that head of channel marketing Duncan Beard will be one of the casualties, although an alternative job may be found for him within the company. Orange refuses to comment on individual cases.

Additional losses are expected on the international marketing team, which is headed by director of worldwide brand Lizzie Palmer.

The cuts could not come at a worse time for Orange, which claims to be the UK’s most popular mobile phone network. The mobile telecoms operator is in the middle of an agency review, after Lowe resigned the £41m creative account at the beginning of September (MW September 5). The company also has a relatively new marketing director, Jeremy Dale, who was appointed in July (MW July 11).

The shortlist for the creative account includes Bartle Bogle Hegarty, M&amp;C Saatchi, Mother and WCRS. Mother is considered to be the favourite at the moment. An agency will be appointed by the end of the month.

While it is cutting marketing jobs, Orange is recruiting 750 employees for its retail and call centre operations in the UK. The total number of staff currently employed in the UK stands at just over 10,000.