The African football tournament was thrown into disarray over the weekend when news broke that gunmen had attacked the Togo team bus as it made its way from a training camp in the Republic of Congo to the venue in Cabinda City. Players on board included Manchester City’s Emmanuel Adebayor.

The attack overshadowed the start of the Cup of Nations, which kicked off yesterday and saw the Togo government call for its team to return home and not play. The team have been refused the opportunity to return to the tournament after a period of mourning.

A spokesperson for Orange said that the company was not reviewing its participation in the event and would continue to be headline sponsor. Orange signed as the main sponsor of the tournament in July last year, as part of an eight year deal to be the new media partner of the Confederation of African Football.It is also a sponsor of the national teams of Côte d’Ivoire, Cameroon, Senegal, Guinea and Botswana.

Several players at the tournament have expressed anxiety about their personal safety, in the aftermath of the attack and some Premiership managers including Hull’s Phil Brown have called for their African players to return home.

The controversy has also awoken concerns surrounding the safety of the World Cup, which takes place in South Africa this summer.

In the UK, Orange recently unveiled a contactless credit card with Barclaycard. It is also the subject of a review as part of its deal to merge with T-Mobile in the UK. 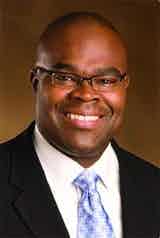 McDonald’s has elected US president Don Thompson to the role of president and chief operating officer worldwide, putting him at the front of the line to succeed to the CEO position.