The Mondelez-owned snack pushed out five sketches from some of the most popular vloggers in the county including Emma Blackery and Luke Cutforth (see above). Each film showed the stars offering their own offbeat take on the “Oreo Lick Race” promotion earlier this year, with all five ending with a call to action for the brand.

A complaint from a BBC journalist challenged whether the efforts to label the videos as sponsored was enough to show they were not “obviously identifiable as marketing communications”.

Mondelez defended the strategy and said each content creator referred to the fact that they had been working with Oreo. It claimed the disclaimer along with comments under each video showed that viewers understood the videos were branded content.

The Advertising Standards Authority (ASA) noted the videos’ reception from some viewers but said they were still misleading because all “were in keeping” with the style of each vlogger. Additionally, the inclusion of the disclosure statements at the end of each video rendered them “insufficient”, it added.

Despite the decision to ban the original version of the ads, they have never been taken down. Instead, each vlogger has changed their video to include a “this is a paid for advertisement” statement. A note labelling the video as sponsored content is also included in the description box for all the sketches.

The landmark ruling has seen CAP update its guidance this morning. The ASA will also ramp up efforts to communicate to both advertisers and vloggers about the need to be upfront and clearly brand paid for content. Content creators unsure about the rules are also being encouraged to take advantage of the watchdog’s free advice and guidance.

Ian Twinn, director of public affairs at advertising trade body ISBA, welcomes the ASA’s ruling that content creators have to obey the rules.

“At the end of the day consumers deserve respect,” he says: “There are of course a lot of Vloggers that adhere to the rules and are transparent about their content, but not everyone is equally savvy. In the UK the rules are clear: in a tweet include #ad, and for Facebook or YouTube just say it’s an advert. It might even help vloggers get more work! Brands want to respect their consumers and protect their brand value.”

The nature of Oreo’s ban is likely to peak the interest of companies looking to establish a framework for how to leverage YouTube’s biggest stars to achieve viral success. Brands such as Kellogg’s, Chevrolet and Cadbury are turning to those content creators as a way to access millions of potential advocates who have a deeper connection to their favourite video star than they do with the likes of Justin Timberlake.

To exploit the shift, YouTube has turned casting agent to match its top vloggers with brands. Earlier this year, it launched a service that lets brands reserve inventory from the top 5% of YouTube’s most popular channels across categories such as food, music and entertainment. 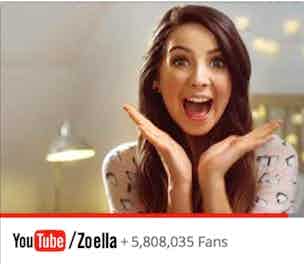 YouTube is launching its first multi-platform UK marketing campaign as it bids to challenge the “narrow view” that many advertisers and consumers have about the range and quality of content on the platform. 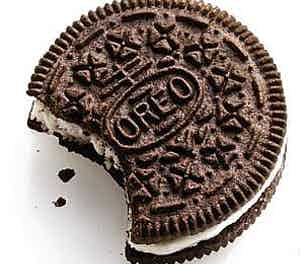