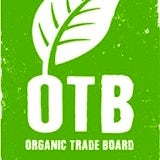 The organisation has appointed integrated agency Haygarth to help it communicate the benefits of choosing organic food. A campaign is planned for January 2011.

A spokesperson for the not-for-profit organisation says: “The OTB wants to break down the myths in people’s minds and communicate that organic is not fancy food for posh people, it’s for everyone.”

The activity is part of an EU-funded campaign that will run for three years.

The board wants to push three core messages – that organic food has less pesticides, involves better animal welfare and is natural.

Haygarth will handle PR, advertising and digital activity, which will include a new website and social media presence.

The OTB is made up of organic producers and brands, including Tesco, Waitrose, Yeo Valley, Rachel’s and Green & Black’s.

Sales of organic produce fell 13% in 2009, according to The Soil Association. However, new figures from Kantar show that organic sales rose 15% during September 2010 compared with the previous month.