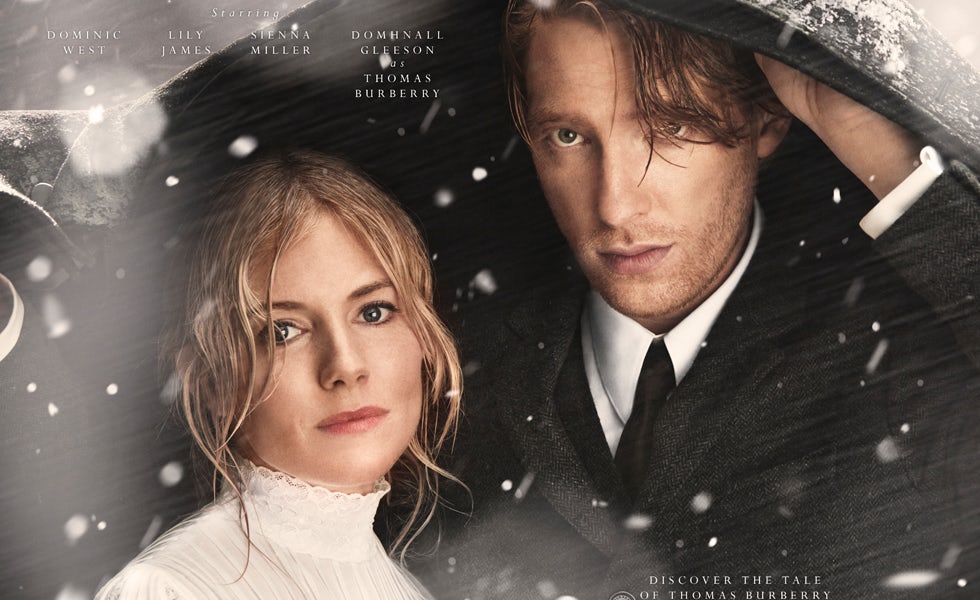 “Storytelling is always important. Without storytelling there’s nothing really,” states Oscar- and Bafta-winning director Asif Kapadia who will be delivering the keynote speech on day two at Marketing Week Live.

“I want audiences to go away and think about [what they’ve just seen]. I want them to revisit it and maybe see something else, whether it’s a one-minute film, a TV movie or a feature film. You’ve got to get into their head and under their skin, and that always comes from a story or an idea that’s original.”

It was the strong storytelling element that attracted Kapadia – winner of an Academy Award for 2015 documentary ‘Amy’ about the life of singer Amy Winehouse – to collaborate with luxury retailer Burberry on its Christmas 2016 advert. Shot in the style of a lavish film trailer, ‘The Tale of Thomas Burberry’ proved an instant hit worldwide, clocking up nearly 15 million views since it debuted in November.

The process unfolded like a film production rather than a traditional advert. Kapadia and screenwriter Matt Charman worked directly with the Burberry team, developing a full narrative told across a 10-page script, with scenes crafted for each character.

Inspired by the life of founder Thomas Burberry, played by Domhnall Gleeson, the advert reimagines key events across the brand’s 160-year history, from supplying trench coats to soldiers fighting in World War I to kitting out Ernest Shackleton, played by Dominic West, as he prepares for an expedition to the Antarctic.

Sienna Miller appears as Burberry’s fictional first love, while Lily James plays pilot Betty Dawson, modelled on Betty Kirby Green who was sponsored by Burberry during her record-breaking flight from London to Cape Town in 1937.

Kapadia acknowledges that it takes a really good writer to dig out those details from a brand’s extensive 160-year history and turn them into a scene.

“The idea wasn’t just, let’s create lots of pretty images. Here are characters who have lived a life and did real, extreme things. We’re not making a point of highlighting people’s clothes. They’re in there, but instead people are taken by the cast, story and narrative – which is all true. That was a big part of it. There’s this amazing history to Burberry which most people do not know.”

The team approached the six-day shoot like a film, producing a wealth of footage from which to cut the ‘trailer moment.’ Kapadia describes the interesting meeting of techniques between commercial advertising and film people.

Certain people found it hard to get their head around the idea that we weren’t just shooting one frame.

“Some commercial people were looking at a storyboard saying, ‘we’ve got to shoot this many frames, we’ll never get it done’,” he recalls.

“The film people were saying, ‘we have to shoot loads of scenes in a day sometimes and we get it done, so there’s no reason why we shouldn’t be able to do it’. Certain people found it hard to get their head around the idea that we weren’t just shooting one frame.”

Burberry is not the first brand to enlist the creative talent of a well-known film director. Last year, Ted Baker partnered with Guy Ritchie on a short film called ‘Mission Impeccable’.

Burberry’s awareness of itself as a global brand played into the advert’s international distribution plan, which spanned cinema advertising, digital and social media, as well as print, out-of-home and in-store visual merchandising.

The advert’s lush Hollywood treatment, combined with its stellar cast, inspired fans to take to social media asking when the full-length film would be released – the very reaction the team were hoping for.

“It was a little bit of a game where you wanted people to go, ‘wow, when is this coming out?’,” acknowledges Kapadia. “The advert has had an incredible life online and it was also shown at Piccadilly Circus next to the Coca-Cola sign. It’s been shown in New York and in cinemas around the world.

“You’re trying to make films that are as international as possible and what’s interesting is you have a name pretty much everyone knows in Burberry, but a history they don’t. That in itself is a great thing to sell. This brand has 160 years’ of history, whereas other labels are happy to survive 20 years.”

As people are not consuming TV in the same way they used to, Kapadia has seen money being spent in different ways. He believes the crossover between films and TV has long since happened and most creative work is now long form.

“[In movies] a lot of money comes from comic books or certain adaptations, and everyone is looking for a franchise where they can just churn out eight, nine or 10 films. They keep making lots and lots of money, but they’re not necessarily that challenging.

It is the quality of the writing, Kapadia argues, that has taken directors over to long-form projects, whether that’s on TV or digital. It is now more common than ever to switch from feature films to documentaries, television to commercials and music videos in search of a new directorial challenge.

I have had meetings with other people where you realise in the end they don’t necessarily trust you to do your job.

The decision of which format to work in is down to the material, Kapadia adds, explaining the excitement he felt at the prospect of putting a twist on the advertising with Burberry. The process was made more enjoyable by the trust creative director Christopher Bailey placed on the team.

“It was an incredible experience of people collaborating and trusting one another. There wasn’t any kind of hierarchy, sometimes commercials can get a bit complicated with different levels of people,” says Kapadia.

“I have had meetings with other people where you realise in the end they don’t necessarily trust you to do your job or they take anything you bring to [a project] out or they get worried and try to make you compromise.”

Once a compelling story has been found, the key to creating a great advert is to think holistically about the project, rather than getting caught up in the aesthetics, he advises.

“I’ve been into meetings on commercials where people want to know what it’s going to look like, what lens it’s going to be and how it will be graded. For me that’s the bit on top. The look of it isn’t particularly deep, meaningful or emotional.

“Actually, the challenge is getting people to understand it’s going to look great, but what you’re lacking is an idea that makes it different to the 500 other perfume commercials.”

By contrast, the great experience of working with Burberry has persuaded Kapadia that the Tale of Thomas Burberry could be revisited at a later date, drawing on the brand’s rich history all the way to the 1960s. Regardless of the platform, when considering his next move Kapadia will always look to collaborate on projects he believes in, with rich storytelling at their heart.

“Life’s too short to work with people you don’t get along with, so it’s really important to pick the right people to collaborate with and make work that you’re proud of,” he adds.

“It was interesting to work with a group of people [at Burberry] who wanted to do something different, who stuck by their ideas and who trusted us. The stories are out there, you’ve just got to trust the talent.” 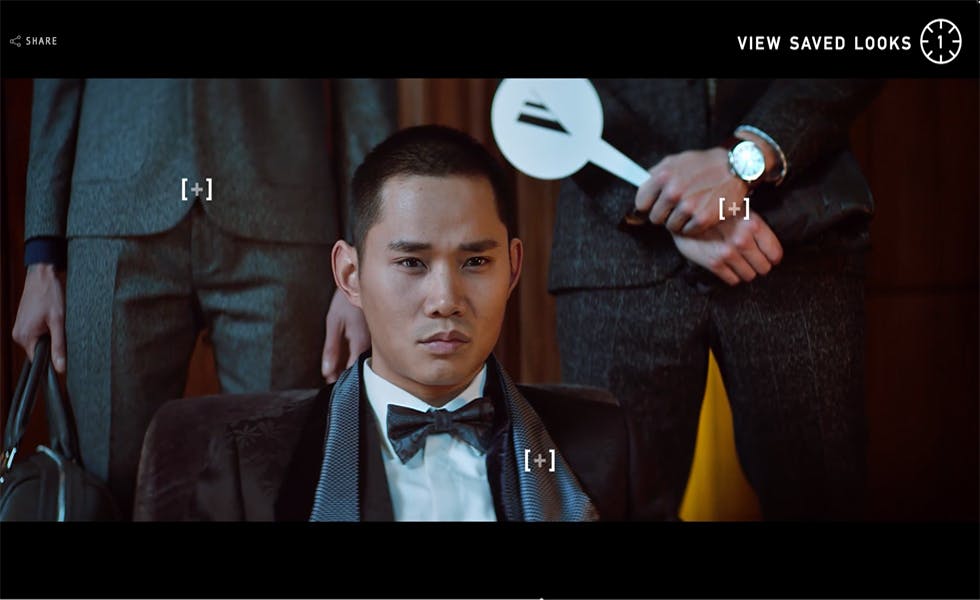 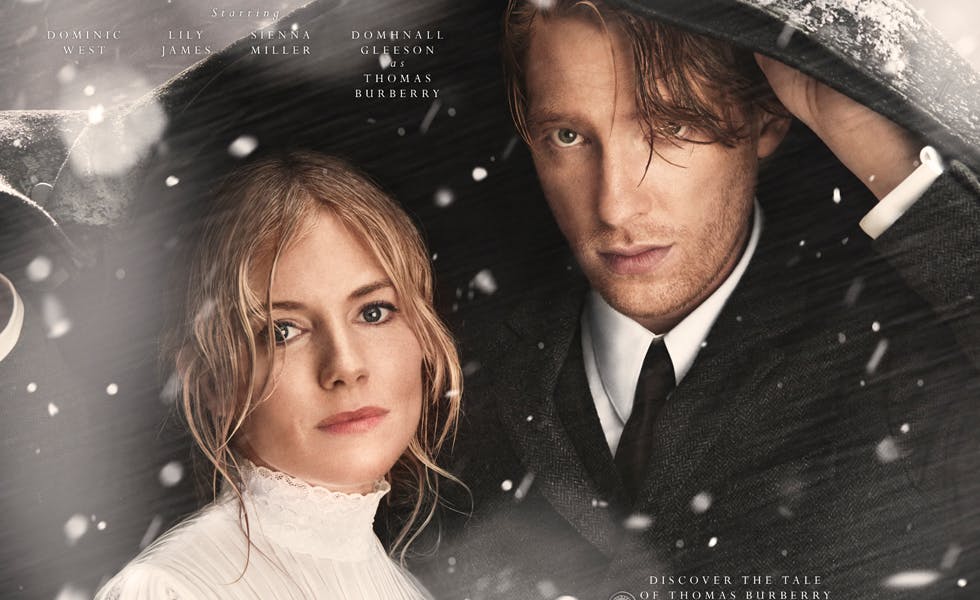 Burberry has enlisted Hollywood stars including Sienna Miller and Domhnall Gleeson for a three-minute festive film that celebrates its 160th anniversary. 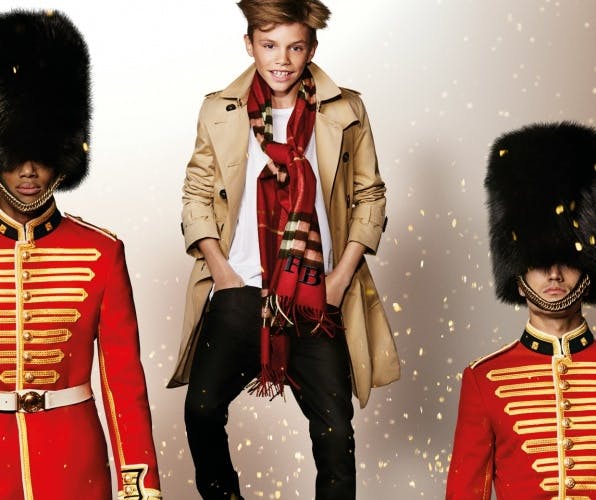 As Brexit leads to a fundamental realignment of Britain’s place in the world, Marketing Week considers the challenges facing brands that trade on their British heritage.