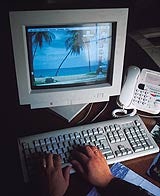 I am pleased that the Data Protection Act has been updated (MW November 1), and hope that it will maintain the momentum built up from the 1984 Act through the industry. We all know that a lot of what the direct marketing world has done over the past 15 years has been largely self-policed and relatively few instances of flagrant data protection abuses have emanated from the industry. But this is by no means a time for complacency. Elizabeth France has another new job title, but her position has increased in both scope and powers as commissioner.

We need to highlight examples of companies that, either through ignorance or intent, choose to sidestep the basic rules laid down over many years. The first opt-out clauses where debated at length in the mid Eighties by a joint committee of the BDMA and the Institute of Practitioners in Advertising, with a suggested form of words executed by WWAV, if my memory serves me correctly.They have never had a definitive approval of the commissioner, neither have they been seriously challenged, but as with all self regulation, if they are not applied sensibly, something much worse will be imposed.

The Direct Marketing Association has a responsibility to insist member companies comply through the charter, but I believe they also have a role in highlighting and advising non-members who fail to comply with even the most basic data protection requirements.