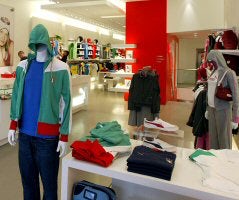 Puma is embarking on a new marcoms strategy. A management restructure led to the departure of UK and Ireland marketing director David Learmonth (MW last week) and is also believed to have prompted Andrew Peters’ exit late last year. A source says Puma is to inject new blood as it aims to build its brand.

Puma has had a chequered past and remains overshadowed by mightier rivals Nike and Adidas, the brand where Learmonth was head of apparel until he joined Puma in 2002 (MW March 22, 2002).

Learmonth was responsible for spearheading a broader appeal, but observers say Puma has suffered an identity crisis and has lost its way – again.

The company behind Puma, Gebrüder Dassler Schuhfabrik, was founded in 1924 in Herzogenaurach, Germany by Rudolf Dassler, whose brother Adolf founded Adidas. Gebrüder evolved to become Puma Schuhfabrik Rudolf Dassler in 1948, the same year that Puma launched its first football boot, which was then worn by the German national team.

The brand’s sporting roots have seen it sponsor international stars, from Brazilian footballing legend Pele to US tennis star Serena Williams, alongside international and league teams such as Tottenham Hotspur and Italy’s 2004 World Cup-winning side.

Its strongest associations in sport were in the 1950s to the 1980s, with footballers and athletes around the globe sporting Puma, but the brand languished in the late 1980s and early 1990s. It was said to have suffered as distributors sold the brand to virtually every retailer that wanted it.

Puma says it was the first to “merge sports and fashion”, starting a partnership with designer Jil Sander in 1998 with a footwear collection. It was a strategy that seemed to reignite interest in the brand, and Puma positioned itself as a “sports lifestyle” brand linking with fashion designers from Sander to Philippe Starck.

By 2003 Puma had firmly established itself as the consumer’s third choice behind Nike and Adidas. But it appears to have lost its way again.

Paul Shearer – founder partner and global executive creative director at Nike roster agency Nitro – says Puma does an “amazing job at being a fashion brand” but adds that it “does not promote the physical act of sport, so may find itself a bit out of shape if it’s not careful”.

But Tony Quinn, head of planning at Leagas Delaney, who has worked on Adidas (until 2002) and Reebok (since 2004), says brand value is not about volume sales.

Both he and Shearer agree that for Puma, the issue is not competing with larger, unbeatable rivals Adidas and Nike but instead carving – and keeping – its own niche in the market.

Quinn says Puma’s positioning worked very well for a time and that it found its place at one time.

“In sport, there has always been an ‘alternative’ market. Asics tried to fill the gap, as did Dunlop. But unlike Puma, they never succeeded. Puma filled the gap a few years ago, but has let that slip,” he says.

Shearer agrees: “Puma has as much heritage as Adidas, and should leverage it. Consumers want more understanding of where the brand comes from and what its core message is. Ultimately, both Adidas and Nike have a core single-minded message. Puma needs to find its own.”

Quinn adds: “Puma has no depth and substance – recent brand messages have been confused. It fell victim to the fortunes of fashion.”

He says that to navigate the peaks and troughs of the market, Puma needed to adapt, but failed to act. “It committed itself to women with Nuala [a collection in partnership with model Christy Turlington] but then associated itself with guns.”

Indeed Puma’s range of trainers featuring images of machine guns and the message “I steal for a living” – alongside its association with Caribbean dance hall music stars – backfired, and saw it accused of promoting “gun culture” and negative attitudes. Quinn says Puma’s attempt to carve an alternative image saw it “chuck the brand baby out with the bathwater”.

He says concentrating on fashion – as opposed to a strong two-tier proposition of sport and fashion – was misguided.

“A nearer parallel to Puma would be Burberry, not Adidas,” he says. “For a couple of seasons it was wonderful. It attracted the alternative crowd who choose not to wear Adidas or Nike for the sake of being different, but Puma didn’t follow that up. It failed to adapt.”

He admits Reebok too is having to carve its niche in an attempt to take third place in the market, but says Puma lost ground.

“The guys in Hoxton Square were wearing Puma a couple of years ago, but not any more. Being mainstream is fine, but to keep that spot as the ‘alternative brand’, it’s essential you keep up with the ‘hipperatti’ and don’t lose salience with the people at the top.”

Does traditional media’s criticism of the failings of online measurement techniques carry more than a whiff of fear?

Specsavers marketing director Andrew Molle is leaving the company after 11 years. He will be replaced by Boots marketer Richard Holmes. Molle was responsible for introducing a new logo and launching campaigns such as “Should have gone to Specsavers”. He said he was “extremely sad” to be leaving the company. “My time with the group […]

Comparing ad spend growth and consumption patterns in the alcoholic drinks sector provides a valuable lesson for all marketers – strong brands and careful targeting are essential for success.