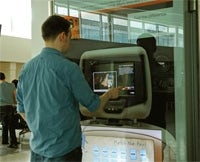 Brands such as Heineken, Lynx, Green Giant and British Airways are encouraging consumers to interact with their brands by letting them simulate throwing javelins at, flirting with and high-fiving digital posters. The use of smart outdoor media can increase dwell time and, in some cases, generate YouTube footage or other online content that have a life far beyond their original location.

Digital out-of-home (OOH) is going from strength to strength, with revenues reaching £101m last year and accounting for £1 of every £8 spent on outdoor as a whole. But as screen technology develops, moving images alone are no longer enough to create cut-through.

Green Giant marketing manager Tracy Roberts says: “Consumer involvement is so important. When people start interacting, they get a clearer view of the campaign idea because it becomes something that they’ve done with that brand.”

Consumers’ attitudes are also changing. A recent study by Kinetic Worldwide shows that 60% of consumers want to interact more with digital OOH screens, and 47% are interested in downloading discount vouchers from digital screens to their mobile phone.

Kinetic Worldwide global director of insight and marketing Nick Mawditt, who led the study, says: “There’s no division of media any more. Out of home, in home, it melts into one experience. But what we’ve noticed recently is that consumers are now ready to interact with these emerging technologies, engage and download content, whereas two years ago consumers felt that brands were trying to push them too much.”

This change in attitude has driven brands to think about smart outdoor media in a more joined up way, seamlessly running activity online, on tablets, mobile and outdoor and integrating social media too.

The development of near-field communication (NFC) technology also means that consumers can effortlessly download anything from discount vouchers to film trailers from enabled sites, transforming OOH into a transaction-based media.

Clear Channel also contributed to the study and chief executive Matthew Dearden says: “The important thing for OOH right now is that creatives realise what they can do with new technology and clients realise that digital is much more of a scale prospect than it was a few years ago.

“Creatively we are still at the tip of the iceberg in terms of how we can use out-of-home media to achieve broadcast levels of awareness, while driving more personal and intimate levels of engagement.”

One-to-one engagement, alongside wider digital follow-up, was key to General Mills’ High Five campaign for Green Giant that ran in Manchester’s Trafford Centre at the end of October. Created with agencies Grand Visual and Work Club, the campaign invited children to stand in front of a screen and attempt to “high five” the 4-metre tall green giant stood next to them in the augmented reality screen.

Each time a child managed to high five the giant, he praised them with responses such as “Corn-tastic” and reinforced the message that eating five portions of fruit and veg a day will help them become big and strong, says Roberts.

The High Five event was part of a wider campaign, including traditional six-sheets, a new Facebook profile and a targeted campaign that focused on bloggers.

Roberts says: “We’re going to be sharing out the photos of the event further into the social media sphere, creating a video of the highlights and streaming that video online.

“Although it’s a very specific location over a couple of days, it’s really looking at how we use it further and so we’re measuring return on investment from lots of different elements from social media activity to sales performance.”

Physical interaction and motion sensing technology was also essential to the outdoor campaign run by British Airways in its role as the airline partner of the London 2012 Olympic and Paralympic Games. The They Will Fly campaign allowed passers-by to compete in their own Olympic events, such as sprinting, javelin, discus and cycling. The best times and distances were recorded on the screen’s leader board and on BA’s social media sites.

By downloading an app, passers-by could use their mobile handsets as controllers for the multiplayer game. Each race winner was presented with a voucher to receive a prize, which gave Swiftcover an opportunity to measure interactions with the brand.

Swiftcover senior marketing manager Amanda Edwards says: “We like the idea that this technology can engage with people on a billboard, which then encourages them to engage on a smartphone and share this in the social media space. It is a great way to reach a wider audience.

“This allows the brand to communicate with users on a few different levels and also engage with their network of friends.”

Connecting OOH interaction to an individual’s social media activity was taken further by Heineken. In September, its lager brand Foster’s put digital posters in bus shelters that allowed consumers to create and submit content for Facebook directly from the poster (see Brand in the Spotlight, below).

Similarly, the brewer created a launch campaign for the red berry variant of Bulmers No17 cider using 11 six-sheet touchscreen bus shelters that allowed people to create messages much like magnetic fridge lettering.

The bus shelter ’poetry’ created was in line with the campaign’s Experimenters Wanted message that was based on the unusual combination of flavours featured in the cider. The campaign received 25,000 interactions, with almost 5,000 phrases saved to Facebook.

Like Bulmers, Ford UK advertising and sponsorship manager Lyn West says brands need to fit interactive outdoor executions with the overall campaign messaging to maximise recognition. To launch the new C-Max model, Ford worked with Grand Visual, Ogilvy & Mather and JCDecaux to create an augmented reality screen that allowed customers to experience some of the new technology, such as park assist, which helps drivers guide vehicles into small spaces.

West says: “The messaging we wanted to convey about the project was very technological, so we took the idea of ’innovation in your hand’ beyond traditional advertising.” Ford was therefore able to give people a virtual experience of the new technology.

Lynx’s Falling Angels campaign similarly tied in with the brand’s cheeky tone of voice and messaging. The campaign saw augmented reality angels flirt with the large numbers of passers-by at Victoria Station in London and the Bullring Shopping Centre in Birmingham.

But for Lynx marketing manager Selina Sykes, the key to the success of digital OOH is that it has a life beyond its experiential reach to secure return on investment.

She says: “Integration throughout the marketing plan is vital regardless of how exciting the technology may appear. The real value of this activity was leveraged when the video assets went viral, extending the life and reach of the original campaign as it spread to online audiences of more than 950,000.

“Augmented reality on this scale has huge impact and really stops people in their tracks. This experiential campaign was a great way to amplify our online and social media activity in a broadcast environment in a way that traditional outdoor simply couldn’t.”

Transport (chiefly subway, rail and airport) made up 50% of digital revenues this quarter. Roadside (typically large format LED billboards and spectaculars) made up 28%, and the retail and leisure sector (including malls and gyms ) made up 22%. 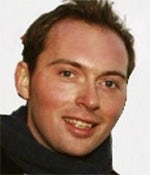 brand in the spotlight

Marketing Week (MW): What was the strategy behind the launch of the Foster’s Gold campaign?

Nic Casby (NC): We ran the first digital poster campaign that allowed people to create and submit content for Facebook directly from the poster. The campaign featured our Brad and Dan characters and ran on digital bus shelters across the UK this summer. The interactive screens invited people to dress up in a ’smart/casual’ outfit selected from a digital wardrobe and then share their look with friends on Facebook.

MW: How did it work?

NC: The screen took a photo of the participant’s face and allowed them to swap between different trousers, tops and accessories. Once the user had selected their preferred outfit, a picture was taken of them with Brad and Dan positioned alongside.

All pictures were then uploaded to our Facebook wall where participants can tag themselves and share with friends. The activity was created by Adam & Eve with tech build and consultancy by Grand Visual.

MW: How did it tie into the wider campaign?

NC: The digital out-of-home activity is an extension of the brand’s latest Good Call TV campaign featuring Australian actress Holly Valance, who gets advice from Brad and Dan on how to pull off the smart/casual look.

MW: Why did you do it this way rather than use traditional out-of-home media?

NC: We wanted to bring the smart/casual proposition to life in a fun and interactive way. This campaign also enabled us to bring our social media activity to the street and blend outdoor and online by rewarding the user by sharing their smart/casual looks on Facebook.

MW: How did you measure return on investment?

NC: There were more than 22,794 interactions with the outdoor media part of the campaign in the four weeks that it ran, which helped us to gain an 8% value share (18 million bottles) of off-trade premium bottled lager within three months. 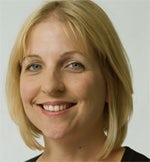 The widespread adoption of interactive mobile devices and new digital technology makes for a potent force for change. Next year is an Olympic year, of course, so there will be much to showcase and admire. However, the test is whether this momentum is carried forward beyond 2012.

Out-of-home media used to be all about broadcast audiences and messages, but as it has become more digitised, there is now an immediate opportunity to engage with people on a more personal level. The opportunity to align OOH content with digital campaigns is another area of huge potential that can drive consumers to online platforms. 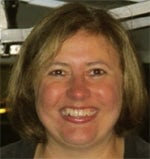 We’re really excited about the integration between outdoor and mobile, which I think is going to open a lot of opportunities. It’s very much in the early stages right now, but I think there might be some interesting projects in terms of NFC. For example, the ability to develop messaging to people in a very personal way is what we’ll be able to get through mobile. 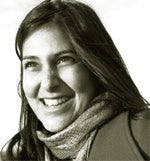 I think interactive digital experiences will increasingly take centre stage in out-of-home campaign strategy. The technology is constantly evolving, which will enable increasingly sophisticated user experiences that can be quickly leveraged and shared online to drive social media activity. 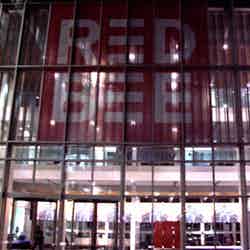 Six experts discuss the different ways of using video online to engage customers, how all brands should act like media owners – and dispel some entrenched myths about cost and quality. 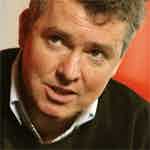 Board-level marketing director Peter Duffy talks to MaryLou Costa about his role in easyJet’s strategy to attract more business passengers, the use of customer data and spoofing BA advertising 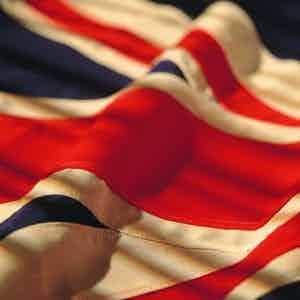