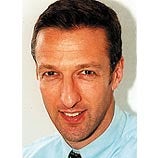 Few would dispute that an ad on the inside front cover of Marketing Week will convey a different message to the same ad placed within a Kelly Brook photo spread in FHM. More to the point, few would disagree that an ad with effectively identical content will convey a distinct communication on ITV 1 from that on Beacon FM. One is delivered with associations of “stature” and “size”, the other “relevance” and, perhaps, “intimacy”.

We’ve all heard the maxim: “the medium is the message”. We’ve all quoted it and we all probably believe it – to a degree. Ultimately, however, the message is still the message, otherwise we would just dispense with creative departments, slap our logos in the appropriate locations and leave the detail to be imparted by the surroundings.

But few of us would agree that the vehicle has no bearing on the communication. Media agencies rightly emphasise their skill in getting this right because it makes a difference. Making just a five per cent difference is key when you consider that placing one TV ad can cost £30,000.

But this, apparently, is not true of the outdoor advertising industry. That other old media adage that “outdoor has no editorial context” would have us believe that the medium has no ability to enhance or embellish the message. I’ve even heard outdoor sales people refer to this as one of the medium’s benefits. Their argument goes: “Because there is no editorial context there’s nothing to distract the ad’s consumer. The communication is therefore more ‘pure’, enabling the advertiser to convey exactly the message, with no danger of the environment confusing things.”

But they are missing the point. Most forms of out-of-home advertising do have an influential context. The high street provides an “editorial context” in the same way a magazine does. People are there with a specific mindset, the shopfronts and signage are designed with a specific purpose in mind, and clearly this will influence the way a consumer perceives an ad within that environment. Consumers waiting for a bus on Kensington High Street will not “receive” a six-sheet bus shelter ad the same way as those walking past the very same ad on the wall outside Gospel Oak Lido.

The London Underground offers a classic example of out-of-home advertising influenced by the medium. Not only are travellers in a particularly receptive frame of mind, but there’s strong evidence to suggest that other advertising becomes a key part of the environment. Likewise, the effect of an ad on a bus is enhanced both by the regard we have for public transport as a “good thing”, and the fact that buses are perceived as “for everyone” and therefore inclusive.

My prediction is that as media placement becomes more sophisticated and terms such as “modal targeting” become as widespread as “the medium is the message”, planners will recognise outdoor as an effective and vital means of enhancing the power of the ads they are placing.