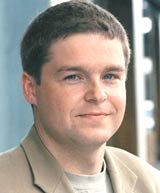 The consortium will be called Mega Group and will be managed by Mega Profile International’s managing director Sam Cook.

Mega Group will offer advertisers access to 450 giant sites in 12 countries, including Russia, Ireland and Germany.

The consortium claims the alliance is legally bound by contract and all the members will have to adhere to group regulations.

Mega Group is in the process of setting up an intranet, which will allow it to book sites across the new network.

Cook claims the consortium is close to signing a deal with an independent company in Spain, which is one of Europe’s strongest outdoor advertising markets. He adds that he hopes there will be 13 companies in total.