And it isn’t just UK FMCG brands struggling to make money from price-cut deals with the figure rising to 60% when monitoring the number of unprofitable promotions across each of the Western world’s major markets – the US, UK, Germany, France, Italy, Spain and Canada.

The research by Nielsen found that global FMCG manufacturers such as Unilever and P&G  invest up to 20% of their annual revenue on promotions while $500bn is currently spent on trade promotions each year.

Paul Walker, leader for sales effectiveness in Europe for Nielsen, says the report proves the ineffectiveness of FMCG promotions.

He said: “Most FMCG players acknowledge the ineffectiveness of trade promotions but until now their efficiency has largely been a matter of guesswork.

“Understanding what is and isn’t working is allowing us to help our manufacturer clients become more strategic, less tactical and ultimately get more from their trade investments.”

In the UK market, perishable and ambient food promotions are at most risk of making losses according to Nielsen while pet food, health & beauty and homecare products are most likely to generate profit. 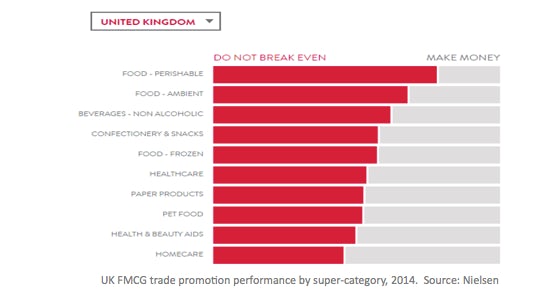 He said: “It has become increasingly clear that concentrating on price alone no longer provides an effective point of difference in an intensely competitive and price-focused market place. We have therefore changed our approach to re-emphasise the quality of our products.”

To combat the threat of the cheaper German discounters Aldi and Lidl, each of the big four supermarkets have moved to cut the prices of household items placing pressure on food and household brands to cut costs.

Asda ploughed £300m into cuts of everyday items at the start of the year as part of a wider £1bn worth of cuts.

Tesco, meanwhile, has cut the prices of 380 branded products by an average of 25 per cent with rival Morrisons cutting the price of 200 items including milk, butter and bread by as much as a third earlier this month.

Upmarket retailer Waitrose has also got involved. Yesterday (June 17) it introduced a loyalty mechanic called ‘pick your own offers’ enabling members of its myWaitrose card to choose 10 regularly purchased items they would like to save 20% on from a list of a thousand. Shoppers can access the scheme in store or online. 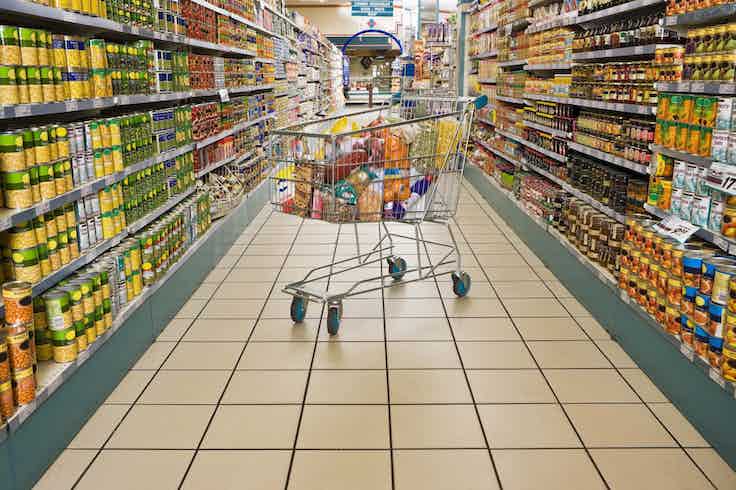 In what will come as a blow to FMCG manufacturers looking to maintain and increase price levels in line with more premium positioning , price inflation for everyday items across Europe has hit its lowest level since 2010 after falling for the fifth quarter in a row. 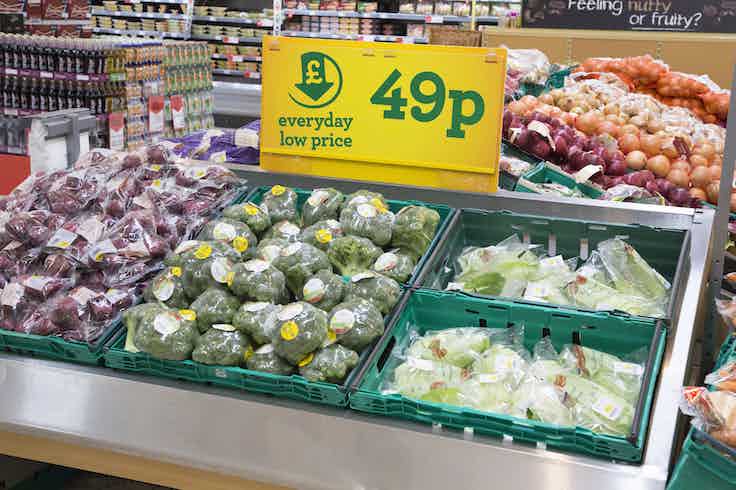