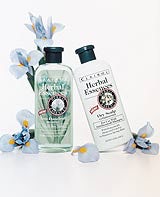 Marketers face an increasingly precarious future as brand-owners go through round after round of takeovers, restructuring and downsizing. Regular corporate bloodbaths are leaving some of the UK’s top marketing staff out on a limb and the economic downturn is shredding jobs further down the chain of command. The recent exits of top marketers from TXU Europe (MW last week), Campbell Soup (MW last week) and London Electricity (MW September 26) – and fears of a marketing cull at Orange (MW last week) – have added to the gloom.

Still, some of the industry’s oldest hands believe that there is no need to lose out as the corporate sands shift. It is still possible for the canny operator to reap profitable pay-offs when the black bag arrives at the desk, or to keep ahead of the redundancy juggernaut long enough to avoid being mown down.

Holding back the tide

So is there anything marketers can do to either avoid or mitigate the worst effects of the great jobs cull? “I think there is,” says Gareth Coombs, a director at consultancy the Cambridge Strategy Centre. “The advice I would give to marketers is perhaps to behave less like professional marketers and more like entrepreneurs.”

Rather than carrying out dutifully all the functions of marketing that appear in the rule book, and behaving like some loyal but unthinking carthorse, Coombs believes that marketers should ensure that their work makes a significant difference to the company’s profits.

managing director of recruitment company Calibre One. He says: “As long as every time the chief executive asks about the marketing spend, the marketing director can justify it, the company will never get rid of him or her. Everything these days is about cutting the bottom line, so marketing directors have to be accountable for their budgets and show a good return on investment. If they can prove that their strategy and spend has increased revenue, they will be secure.”

While this approach sounds reasonable, it does not take account of the intricate politics of global corporations. And in many cases, it is hard to show that one philosophy of marketing is superior to all others, especially when a new chief executive comes in with plans to cut costs. In global corporations, local marketing jobs are the most interesting ones – involving hiring agencies, negotiating pricing and developing new products – but they tend to be more vulnerable, as global managers take decisions on hiring and firing at that level.

Of course, if a marketer can prove that his or her approach is sensationally profitable, they should be safe from cost-cutting. But such cases are few and far between – a lot of marketing is about managing declining markets in a profitable way.

There is no high ground

Few sectors escape the scythe. In telecoms, Orange is the latest company believed to be planning a cull of its marketing staff – Marketing Week reported last week that it was preparing to axe 37 jobs from its UK marketing team as part of wider cost-cutting. The company denies having taken any decisions, but confirms that it intends to lay off some 270 staff in the UK as part of a global restructure. Meanwhile, at energy company TXU Europe, high-profile marketer Roger Partington – a former chief at Nestlé and Safeway – found his job as head of retail business had been axed last week, following a restructure resulting from a downturn in the company’s fortunes. Last month, Jon Kinsey, head of London Electricity and one of the UK’s most versatile and highly regarded marketers, lost his job in an acquisition-inspired restructure. And earlier this year there were deep cuts in travel industry marketing – largely resulting from the post-World Trade Center holiday downturn – and a round of top marketing posts were axed at cable company NTL (MW July 4, January 20).

Last week’s departure of Andrew Slamin from the Campbell Soup Company is an example of how corporate politics can spiral out of a marketer’s control. Marketing Week was unable to contact Slamin last week, but it is understood that he was left out on a limb after one of his biggest supporters at the company, European president Pierre Laubies, left to take charge of Mars’ South American operations. Slamin, who joined Campbell about four years ago as marketing director, was promoted to European category director last March by Laubies, but the post was scrapped when new European president Brian Mirsky came in with a brief to cut costs.

“That’s Campbell for you”, says one observer. “There is a belief in some companies that you change a few people and the whole strategy will change.”

Buy a boat, or learn to swim

Veteran marketer Rob Rees, a former Frito-Lay marketing director who now regularly works on interim contracts, says that there are two strategies marketers can employ to protect themselves from being ousted: “They are complete opposites. One is to be true to yourself, have strong opinions and stand for something – you have unique selling points, you have an independent mind and you can deploy excellent skills. The second approach is to go with the flow, latch on to the mood of the moment and follow what the power-brokers do.”

Either way, it is vital to keep improving your marketing skills. Rees says: “Make yourself future-proof. If you are not enhancing your skills, your future will be compromised. Put your name up for projects beyond the call of duty, expose yourself to new challenges.”

A spokesman for TXU Europe says Roger Partington left his job as head of retail after an executive board meeting in which it was decided to reorganise the energy company’s operations along geographical – as opposed to operational – lines. Previously, the company was organised into retail, trading and generation businesses, but this was scrapped in favour of having one executive in charge of all three. The spokesman says: “We had three lines of business and needed someone with a holistic view. Roger is very much a retail and packaged-goods manager. When the board did its planning, they realised that Martin Stanley was better placed to take an across-the-board view. Roger said in the meeting that he had talked himself out of a job.” Few believe Partington will have much trouble getting another job, though the likelihood of a sizeable pay-off may make this a matter of choice, rather than necessity. Partington was unavailable for comment as Marketing Week went to press, and TXU refuses to divulge details of his severance package.

The days when corporations would employ marketing directors for ten years, or even for life, are long gone. Nowadays, marketers tend to stay in their jobs for about three or four years, so they have to plough their own furrow rather than depend on support from the industry. They have to create a strong network of contacts, through membership of organisations such as the Marketing Society and regular attendance of industry events and awards ceremonies. Keeping up with events through industry journals and websites, and publicising their availability when they are out of work, are important ways of feeding this support network.

You don’t need a weatherman…

Marketers who wish to keep ahead of the storm should ensure they have a high degree of knowledge about the company they work for, or that which they are considering taking a job. Thom Noble, a former marketing director of tour operator Thomson Holidays, advises: “There is a lot you can do to predict what’s coming: doing due diligence before you join the company, thoroughly researching the people who are hiring you and keeping your eyes wide open.”

But he says that in his case it was difficult to predict the departure, since it was ultimately linked to September 11, 2001: “I was brought in by people with a remit for brand development and innovation, for which there is a pressing need in the travel industry. I was still doing my induction when that focus changed.”

Noble does not see himself as a victim, however, because he is doing work that he finds interesting and is prepared to live with the consequences. He says: “I am attracted to sectors which happen to be slightly unstable. If you like working in leisure, entertainment, media or telecoms and technology, you have to realise you are operating in volatile categories. They are exciting categories – but if you want to work in these areas, you have to be prepared for turbulence.”

He thinks that staying with a company for a short period can be a good opportunity to learn: “If you end up having to walk, you need to ensure you’ve got as much as you can from that short experience.” Rapid information-absorption skills are a requisite.

There are many steps marketers can take to keep their P45 at bay, and even to improve their lot. Modern companies tend to take care of top executives and provide good severance packages, as they try to protect their reputation and continue to attract talent. If all else fails, highly placed marketers can wait around for a big pay-off and the possibility of extended gardening leave, secure in the expectation that another job opportunity will come up soon enough.