The ad, which wrapped around a lorry, featured several scantily clad females – including woman dressed as a police woman; a woman in stockings, a latex bodice and high heels leaning backwards against a chair with her eyes closed and a woman biting her finger.

It raised a complaint that the images were unsuitable for display on an outdoor mobile advertising platform due to the “overtly sexual” nature of the women’s poses and attire.

Playboy TV said it has had “considerable” experience in complying with television content regulations and that it understood what is regarded as “generally accepted standards”.

The Advertising Standards Authority (ASA) disagreed with Playboy’s assertion that its ad was not sexually provocative.

In particular it noted that the woman wearing the police uniform showed a “significant” amount of cleavage, which was pushed up to accentuate her breasts and that the woman leaning backwards against a chair was holding a sexual pose and wearing clothing often associated with “sexually charged encounters”. The watchdog added the use of the text “RE-TUNE YOUR FREEVIEW BOX TO GET US!” implied the women’s “sexual availability”.

It ruled that the ads must not appear again outdoor. It warned Playboy TV to ensure future campaigns are suitably targeted and to exercise caution if preparing ads for outdoor media again. 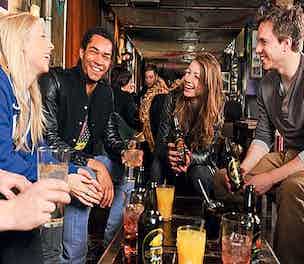 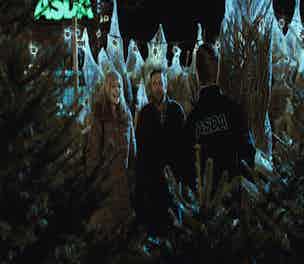 The number of official complaints to the advertising watchdog alleging Asda’s Christmas ad is “sexist” has snowballed to 160, driven by a backlash on social media and protests from a campaign group.