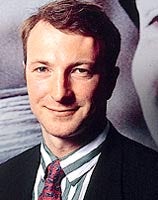 Owen, who joined the company last year, is understood to have left the business of his own accord. The company has recently laid off 20 per cent of its staff, citing the need to conserve cash. Head of online marketing Jeremy Levy is understood to be taking on Owen’s responsibilities.

A spokesman for Grouptrade says: “Owen worked with us from the early days. He did critical work with investment and brand positioning.

“After reviewing the marketing spend it was decided that Grouptrade was going to consolidate the marketing budget into direct sales. That being the case, Owen felt his job was done.”

He began his career as an account director at BDDH before moving to the Prudential Corporation in 1991 as advertising and corporate identity manager. From the Pru he went on to BT as head of marketing communications, a position he left in 1998.

The Institute of Practitioners in Advertising last year hired Grouptrade and Blacki, a car leasing company, to help members source everything from highlighters to company cars through a bulk-buying club.

Owen was not available for comment but it is believed he is to concentrate on freelance work.