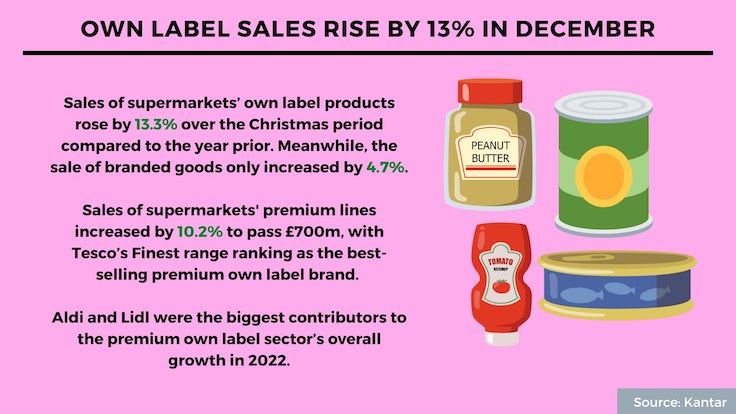 Own label sales rise by 13% in December

Sales of supermarkets’ own label products rose by 13.3% over the Christmas period compared to the year prior. Meanwhile, the sale of branded goods only increased by 4.7%.

Sales of supermarkets’ premium lines increased by 10.2% to exceed £700m, with Tesco’s Finest range ranking as the best-selling premium own label brand. Aldi and Lidl were the biggest contributors to the premium own label sector’s overall growth in 2022.

“The British supermarket sector is more competitive than ever and the grocers are keen to retain customers by offering their own festive alternatives,” says Kantar head of retail and consumer insight Fraser McKevitt. “This has included an emphasis on premium own label products, giving consumers a way to treat themselves this Christmas.”

Overall, December grocery sales were £1.1bn higher than in 2021, pushing total take-home grocery sales to £12.8bn. This is the first time this figure has breached the £12bn mark.

Aldi was again the fastest growing supermarket over the period, with its market share now at 9.1% in December 2022, compared to 7.7% in the same period in 2021. 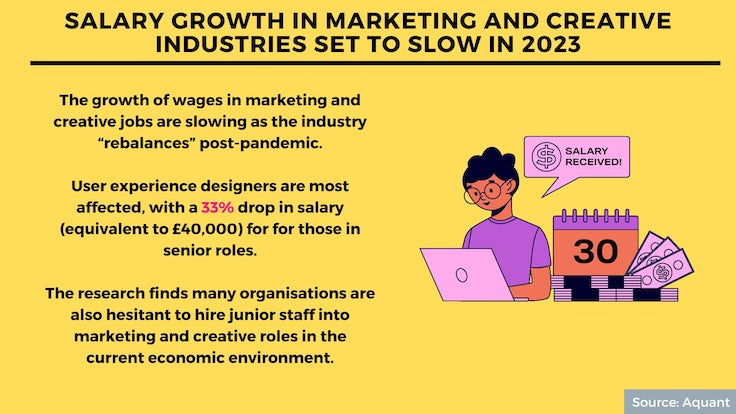 The growth of wages in marketing and creative jobs are slowing as the industry “rebalances” post-pandemic, according to research from recruitment firm Aquant.

Roles in user experience saw huge wage growth during the pandemic, with the salary for a handful of senior roles increasing by 50% in 2021. However, the pandemic “bubble” seems to have burst, with the wages for a number of roles declining. User experience designers are most affected, with a 33% drop in salary (equivalent to £40,000) for for those in senior roles, a 12.5% fall (£10,000) for midweight positions and an 11% drop (£5,000) for junior roles.

The research finds many organisations are also hesitant to hire junior staff into marketing and creative roles in the current economic environment. Instead they tend to be looking for more experienced workers who require less onboarding, which can be challenging to conduct in a hybrid workplace.

“It is promising to see that although the job market boom experienced in 2021 has not exactly repeated itself in the past year, the marketing and creative industries are still performing brilliantly and there are plenty of opportunities for growth,” she says. 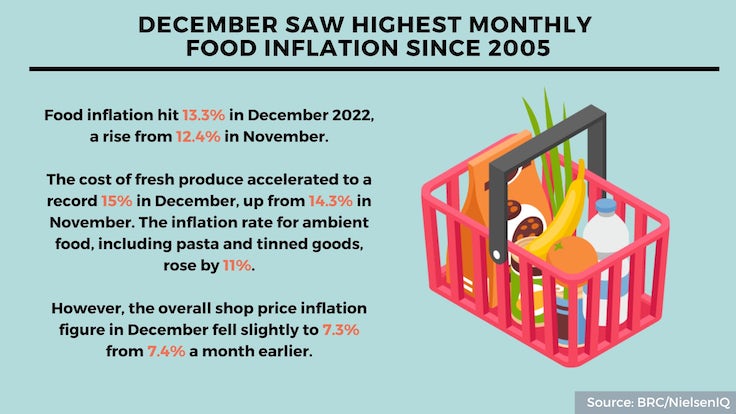 The cost of fresh produce accelerated to a record 15% in December, up from 14.3% in November. The inflation rate for ambient food, including pasta and tinned goods, rose by 11%.

However, the overall shop price inflation figure in December fell slightly to 7.3% from 7.4% a month earlier, as retailers with excess stock offered discounts on non-food products, enabling some shoppers to “bag bargain gifts”.

However, BRC chief executive Helen Dickinson warns the new year is set to be tough for consumers, as retailers struggle to keep prices down.

“Retailers will continue to work hard to support their customers and keep prices low. However, further high investment in prices may no longer be viable once the government’s energy bill support scheme for business expires in April,” she says.

“Without the scheme, retailers could see their energy bills rise by £7.5bn. Government must urgently provide clarity on what future support might look like or else consumers might pay the price.” 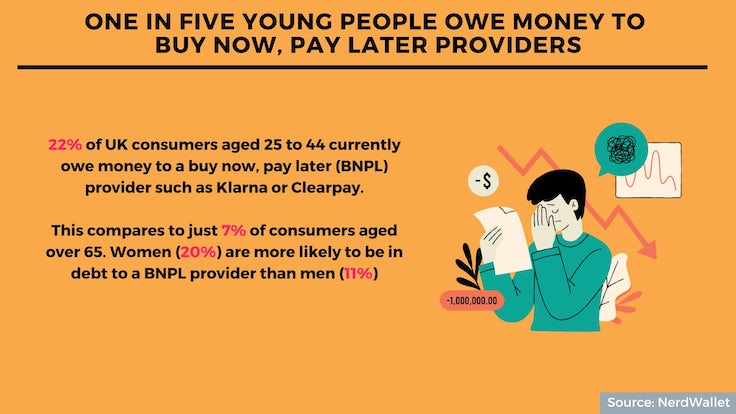 More than one in five (22%) of UK consumers aged 25 to 44 currently owe money to a buy now, pay later (BNPL) provider such as Klarna or Clearpay.

Overall more than two fifths (45%) of Brits currently consider themselves to be in some financial debt (excluding mortgage debt or student loans). Credit card debt is the most common form, with 45% of British consumers reporting they owe money through credit cards.

More women (60%) than to men (41%) admit to debt concerns. Almost three-quarters (74%) of those currently in debt say they fear becoming trapped by debt in the future. 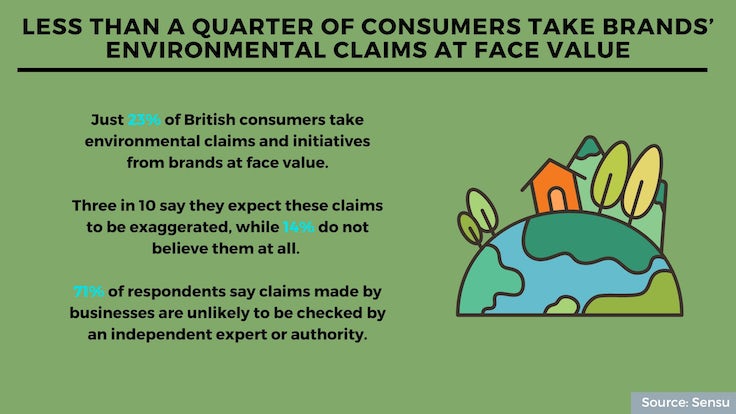 Three in 10 say they expect these claims to be exaggerated, while 14% do not believe them at all. Nearly three-quarters (71%) of respondents say claims made by businesses are unlikely to be checked by an independent expert or authority.

While environmental progress has been a focus for many brands in recent years, these efforts do not seem to have built much trust with consumers. Only 12% of people report having more trust in businesses’ green claims than they did five years ago.

Consumers believe brands are motivated by business rather than what’s best for the planet. Just 10% of respondents say they believe businesses have the best interests of the planet at heart. 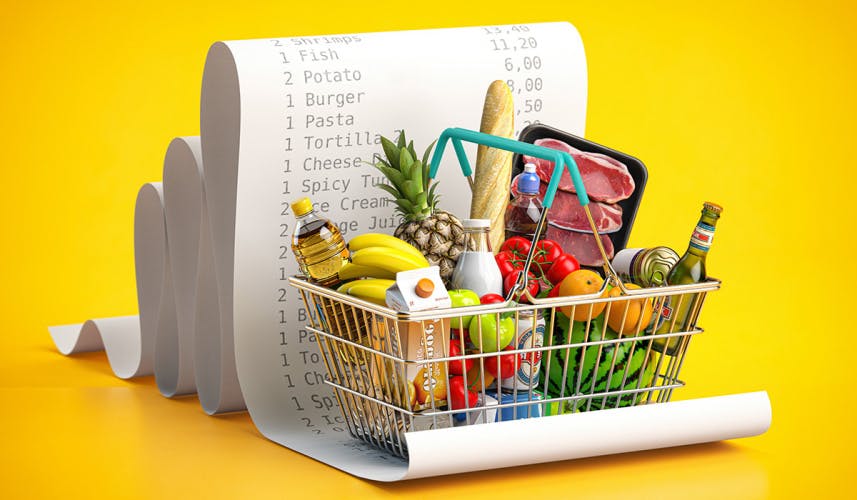 Supermarket private labels increased their share of food sales from 35.8% in the second half of 2021 to 37% in the year to May 2022, according to new data from IRI. 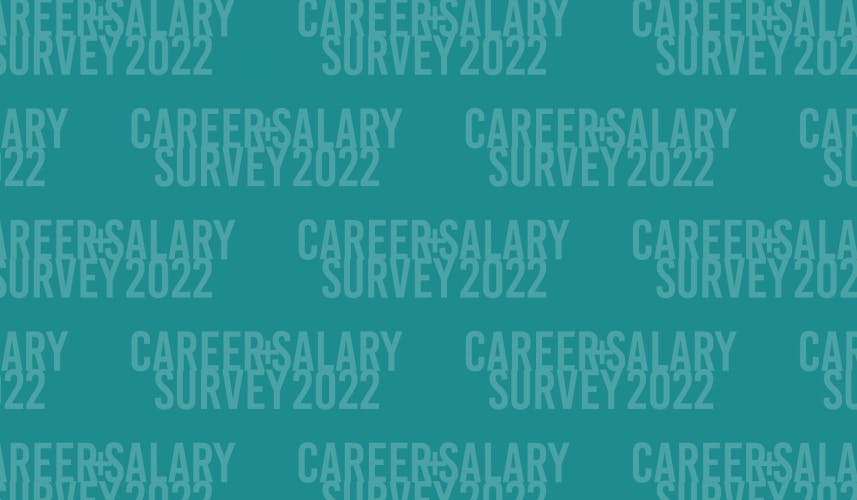 Should the so-called ‘Great Resignation’ actually be regarded as a great reassessment, as marketers rethink what they want from their careers long term?