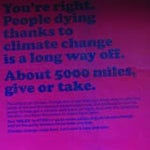 A poster ad, created by Rainey Kelly Campbell Roalfe/Y&R, stated: “People dying thanks to climate change is a long way off. About 5,000 miles, give or take …  Our politicians have the power to help get a climate deal back on track … Let’s sort it here and now.”

The Advertising Standards Authority received four complaints claiming that the ad was misleading and that it could not be proven that people were dying as a result of climate change.

Oxfam, which used research from bodies such as the World Health Organisation to substantiate the claims made, says: “We hope that this finding will help boost confidence among the wider public of the reality of climate change and that we can all play a part in helping to reduce its affects in the future if we act now.”

It adds that it “takes great care in ensuring that what we say about climate change can be supported by reliable research.”

The ASA says there was a “a robust consensus” in the evidence provided by the charity. It adds that Oxfam’s claim was “reasonably restrained” in that it did not claim specific numbers of deaths or speculate on future numbers. 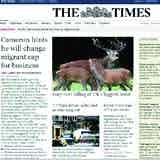 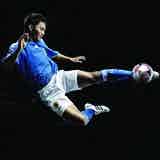 Adidas has launched a social networking game to pit UEFA Champions League cities against each other.

Your recent article ’Promo junkies become hooked on a quick fix’ (MW 21 October), points to the uncomfortable truth that many brands and retailers are having to face up to. The pursuit of the adrenalin shot that price-based promotions can give has left many with an image hangover, and a sense of their brand values […]