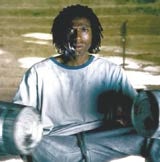 John Whitaker, marketing director of Oxfam for the past 12 years, is to leave at the end of April. The news comes as the charity, one of Britain’s biggest, embarks on a review of its direct marketing account, estimated to be worth &£5m and held by WWAV.

Oxfam will not be appointing a replacement for Whitaker. Instead, Edward Fox, director of fundraising, and Julia McKechnie, director of corporate marketing, who reported to Whitaker, will report directly to Oxfam’s head, Barbara Stocking. Fox joined last summer from Christian charity World Vision, where he had been marketing director (MW July 14, 2003), while McKechnie joined two months ago. She was previously head of strategy at Barclays Bank and head of marketing for the Financial Times.

Whitaker was behind Oxfam’s innovative &£2-a-month campaign, in the early Nineties, and during his time oversaw a 20-fold increase in the number of supporters.

However, last year it began running issue-based marketing campaigns in addition to its fundraising programmes, highlighting problems such as the impact of European Union over-production of milk and related farm subsidies on third-world farmers.

This year, Oxfam has run a direct mail campaign highlighting its work in response to various disasters around the world.