When it comes to innovation in fast moving consumer goods (FMCG), packaging is an area where the pace of change rarely lets up. It forms the first and most fundamental image of a brand in the buyer’s mind, as biscuit maker McVitie’s demonstrated when it announced last month that it was redesigning packs of Digestives, Hob Nobs and Jaffa Cakes to make the manufacturer’s own brand more prominent.

Conversely, three weeks ago there was consumer panic when Gavin Darby, chief executive of Mr Kipling owner Premier Foods, said in an interview that it “was possible” the brand’s strapline ‘Exceedingly good’ might disappear from boxes. Premier hastily rushed out a press ad dismissing claims that the slogan had been dropped.

Unilever vice-president for design Dennis Furniss says: “There’s a physical joy in buying products and picking up a bottle or a box – it’s part of who we are, but many marketers and agencies tend to think about design as solving a problem rather than creating an addiction.”

Achieving that requires an understanding of behaviour patterns and how to change or solidify them, explains Furniss. “I am all about behavioural patterns and I truly believe people are about patterns too.”

Shoppers are creatures of habit and the distinctive packaging of their favourite brands can help them navigate today’s cluttered supermarkets. Colour, shape, fonts, logos and imagery can all play a part in directing people to certain products. And with more than three- quarters of purchase decisions made at the shelf, according to Point of Purchase Advertising International, it pays for marketers to get the packaging right.

But what are the triggers that make one product’s packaging stand out against another’s?

Blink of an eye

In order to make fast decisions, shoppers need to use mental shortcuts, or ‘heuristics’, to guide their choices. Certain cues will direct shoppers’ attention more than others.

Managing director at Elmwood London Studio and former Andrex marketing director Jon White says everyone is “hard-wired” at an instinctive level to respond to certain stimuli, or ‘biomotive triggers’, which affect shoppers’ subconscious and generate emotion and action before the conscious part of the brain kicks in.

The new puppy on Andrex packs, for example, was carefully selected, designed and located to play on emotional triggers.

Elsewhere, White’s attention has been recently turned to the repackaging of fresh meat brand Gressingham Duck. Gressingham brand director Stephen Curzon is a biometric convertee following an 8 per cent sales uplift for the brand and for the duck meat category as a whole, as a result of changes to its packaging (see case study, above). He says: “We were following the same rules as everyone else in a category that tends to be a sea of beige and plastic. We wanted an identity that could be expressed in the packaging and deliver that stand-out. And no one else was promoting duck. It was down to us to drive growth.”

A packaging innovation that reignites or revives a category is a retailer’s dream. Copycat brands, on the other hand, can create confusion, as research for the Big Brand Group found in 2012. The study also showed the risks of new designs, demonstrating that reducing the branding on packaging can influence consumer behaviour by reducing attention to, and recognition of, certain brands. Evidence from the recognition data that was used also suggested that reducing the size of a logo impairs consumers’ ability to recognise and find a brand they are looking for.

For the relaunch of its flagship brand Glengoyne, malt whisky producer Ian MacLeod Distillers “made sure the font style maximised the brand name”, says director Neil Boyd, who worked with agency Good. Geese were also incorporated into both the icon and the secondary packaging, via a feather effect on the box, in a bid to offer stand-out in a whisky category that, after years of conservatism, has started to innovate.

Malts now account for about 10 per cent of volume and 20 per cent of value sales, compared to 6 per cent and 15 per cent respectively a decade ago. Boyd believes the attention to bottle and box design has played a part. “Packaging of malt whisky is changing dramatically. There are lots of different bottle shapes and quite a lot of colour.”

Shapes and colours stimulate the biometric triggers in shoppers particularly well. According to Dominic Medway, head of marketing at Manchester Business School, brands are becoming better at using tactics to trigger a response from their target audience, particularly in gender-focused marketing.

He says: “Men and women react differently to colours, shapes and language, so brands are paying more attention to modifying these details. Tesco uses a robust, square-shaped packaging for its chunky muesli product aimed at men.

By combining this packaging style with hazard colours of black and yellow and bold writing, it is successfully combining and incorporating triggers to make the male brain respond.”

Redesigning packaging is an expensive business, so marketers want to get it right first time. Lorna Kimberley, marketing manager at Mizkan Europe, owner of the Branston Pickle and Sarson’s vinegar brands, says the trick is to offer something that people need.

“Change can be scary for most of us as we’re creatures of habit and only a few of us are true early adopters. But ground-breaking concepts can be a long-term investment for companies and are brave, futuristic approaches to managing brands.”

Change can be scary. But ground-breaking packaging concepts can be a long-term investment for companies

Prior to Mizkan, Kimberley had experience of moving roast and ground coffee out of the category norm of vacuum-packed ‘bricks’ to softer pouches. She explains: “It was a brave move that diehard coffee experts thought unusual. However, it was one that fitted with consumers’ sensory needs to enjoy coffee more.”

More of such innovation is required, at least if the results of a study by packaging company MeadWestvaco (MWV) are anything to go by. Published in February, the study showed that functional attributes, such as protecting the product and easy access, are the most important for consumers and yet designers are under-performing expectations in this area. By comparison, designers are over-achieving in appearance attributes, such as how attractive the packs are and how easy the brands are to find.

“Our research shows the package needs to do more than look good on a shelf and drive trial of a product,” says MWV’s director of consumer insights Brian Richard. “The package also needs to be easy to transport, store, use and dispose, if the consumer is going to buy the product again.”

In the household cleaning aisles, for example, brands have concentrated their fabric softeners, and correspondingly reduced pack sizes – for convenience, cost and environmental reasons. Yet the colours, branding and fonts have remained recognisable. Stephanie Verschoor, global design manager at Reckitt Benckiser, which has been working with The Big Picture agency, says the most important element of packaging is to “clearly communicate the benefit to consumers”.

“If you think about a car passing a billboard, there’s a split second for the driver to ‘get’ the marketing message – it’s the same time-frame in a supermarket.”

Perhaps more adventurous, in terms of packaging, is Unilever’s new aerosol for its Lynx brand, launched this year. According to Unilever’s Furniss, users twist the top to engage a “mechanical ballet” of movement, which lifts the button up and inclines it backwards into a ready-to-use position. A flash of colour specific to the variant is also revealed. It was three years in the making but the use of ‘experiences’ in packaging design is the future, Furniss argues.

“The look of the can hasn’t changed but the experience has been elevated,” he explains. “This will make customers accept the idea that this is about more than a deodorant. We will always have packaging and it will always be disposable, but in the past too much time has been spent thinking about products. It shouldn’t be about product innovation, but experience innovation.” That could be just one new way for brands to use packaging to get consumers ‘addicted’ to their products.

The fresh poultry aisle is rarely the most visually appealing in a supermarket, but Gressingham wanted to change that with its range of duck products. There was more potential for duck, the company felt, not least because 50 per cent of consumers have eaten duck in the past year, yet household penetration was languishing at 7 per cent. Brand director Stephen Curzon explains the challenge the brand faced.

“People are frightened of cooking duck and making a mistake. So anything we did with the brand needed to provide reassurance. We also needed to maintain the premium feel – we’re not competing with chicken because duck is a treat. And of course we had to get people to stop and look at our niche products in what is a ferociously competitive aisle.”

Working with design agency Elmwood, the brief was to deliver an identity that could be expressed on pack, deliver stand- out and be transferrable to other marketing functions, such as online. This is where the biometric triggers came to the fore, says Curzon. “We were following the same rules as everyone else. We had black labels with a gold colour – the gold looked great on screen but on pack looked ‘muddy’. We’ve now got a warm amber, which retains the link but is vibrant.”

The black background offers a block that distracts the eye of passing shoppers, with the curvature of the ‘G’ logo and font drawing people in. The ‘G’, formed like the head of a duck, provides “the bullseye” on shelf, says Curzon.

With 25,000 products in the average supermarket, it goes without saying that brands need to stand out. Research by MeadWestvaco (MWV) this year shows that almost two-thirds (64 per cent) of shoppers have tried something new because packaging caught their eye, while 41 per cent have made a repeat purchase because of the packaging.

“Packaging plays a vital role in the decision whether to buy. It’s essential it is done right because good packaging will sell products,” says Paul Young, head of packaging services for DHL Supply Chain.

Consumers are creatures of habit so new pack designs and formats can be risky. Some brands have chosen evolution over time while others have gone all out for innovation.

“There is a greater risk of not evolving,” says Fran Campbell, marketing director at Bart Ingredients.

“Experience shows that consumers don’t like brands to ‘fiddle’ with a format that works and they love, but if you can improve it, they like it.”

Only 11 per cent of shoppers are satisfied with packaging, according to MWV’s study, which suggests designers and marketers may be focusing on style over substance.

Emilie Stephenson, kids brand manager at Innocent, says: “If the new packaging is going to help the consumer, makes the product easier to use, ‘fits better’ in a cupboard, or spills less, then it will work. But if it has no practical use for consumers, then I can’t imagine it will change the dial.” 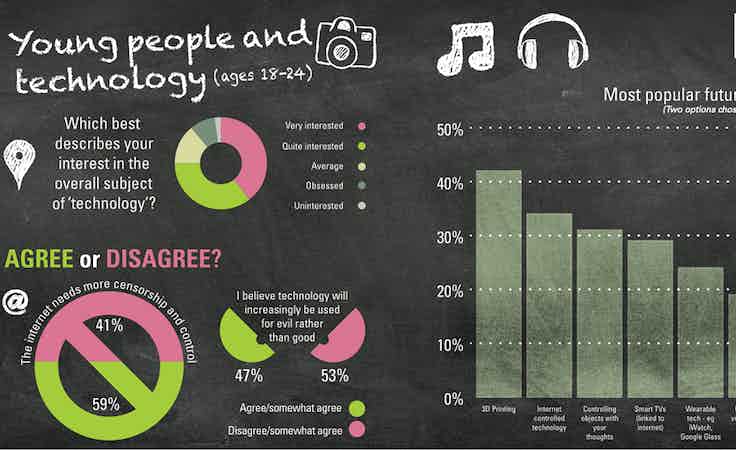