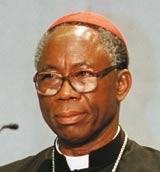 Bookmaker Paddy Power has created a “novelties trader” post as the popularity of unusual wagers takes off, appointing Sharon McHugh to the position.

The company has a reputation for offering wagers on unusual events, and has this week been inundated by bets on the identity of the new Pope.

Over half of Paddy Power’s betting markets are driven by requests from customers, and as a result it claims to have twice as many novelty and current affairs bets as any other bookmaker.

The company has been offering bets on who will succeed Pope John Paul II for a number of years, but temporarily suspended the market as a mark of respect over the weekend. But this week it has been inundated with people wanting to place bets, and the identity of the new Pope has become the biggest novelty bet the company has managed since 2001, when it was the official betting partner to Big Brother.

Irish priest Father Dougal Maguire was being offered at 1,000-to-one odds as the new Pope as Marketing Week went to press and Cardinal Francis Arinze is among those tipped to be the first black Pope.

McHugh will have responsibility for creating, managing and promoting over 60 different betting markets at any one time, ranging from the Eurovision Song Contest to the Booker Prize and the weather.

Separately, the company is looking for a chief executive after John O’Reilly told the board this week that he wants to stand down in the next 12 months.