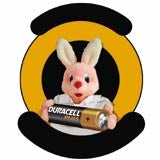 TGI research suggests that about eight in ten adults regularly buy batteries, but despite the huge advances in the consumer electrical goods sector, real innovation has stalled since the advent of the alkaline battery four decades ago.

Meanwhile, demands on batteries have increased as electrical goods have become greedier for power with the development of digital cameras, music players, video game devices and gadgets.

This need will be targeted by the launch in April of what Panasonic claims to be the next generation of battery. Called Digital Xtreme Power, the battery uses the company’s patented Oxyride technology and lasts up to what it claims is three times longer than average (MW last week).

The &£750m sector is dominated by Gillette, which manufactures Duracell, and Energizer, which makes the Ever Ready, Ultimate and Ultra+ brands. While Panasonic has long been in the market, the company accounted for just five per cent of value sales in 2003, according to Mintel, while Duracell led with a 42 per cent share and Energizer took more than 27 per cent.

One retail insider agrees the demand for high-performance batteries has leapt in relation to the rise of hi-tech appliances, fuelling 12 per cent market growth over the past two years.

But, he adds, no company has taken ownership of the high-drain battery sector, which might allow Panasonic to carve a niche for itself. Matsushita, which owns Panasonic, claims the launch has already exceeded its initial annual sales target of 50 million units in Japan.

Panasonic backed the Japanese introduction with its largest ever advertising budget and the company is planning to support the UK launch with significant marketing spend.

Panasonic recently appointed Initiative Media to handle media duties for its batteries division, which exists independently of the other Panasonic electrical appliances businesses. The division does not have an advertising agency in the UK, although its Belgium office is in talks with agencies to decide on the right creative direction for the pan-European advertising campaign.

But despite the promised marketing support, it will be a tough battle. While one retail observer says the company might be able to take a “reasonably successful stab” at second-placed Energizer, he believes the dominance of Duracell will be difficult to erode.

Gillette’s marketing support for Duracell reached close to &£10m last year according to the company, with &£3.71m being spent on advertising (Nielsen Media Research). Energizer spent about &£2.6m last year on its “Mr Energizer” campaign, with &£1.6m spent on the 2004 Christmas ads alone, although tellingly this was the first time in five years the company had used television advertising.

Gillette business unit director George Allan says Duracell is also the only brand on the market with a recognisable identity to support with its larger marketing spend. The Duracell bunny has become one of the UK’s best-known advertising icons since its introduction in the Seventies.

Allan says: “It is difficult to differentiate advertising messages in the category as everyone claims to have a longer-lasting battery. So it is important for us to have a brand icon like the bunny that conveys this message more effectively than any other.”

Indeed, this is one problem Panasonic may face in marketing its new battery: while the company can prove the product has a longer life in the laboratory, this is hardly a novel claim in the market.

And the fact that the Digital Xtreme will be priced at a premium for this quality might hamper sales. One retail insider says the market is still heavily influenced by price and that consumers are rarely brand loyal in the sector.

He points to the fact that own-label batteries take a reasonably low share of the market – 18 per cent according to Mintel – because price deflation over the past few years has brought branded prices almost in line with store alternatives. Now, he says, there can be as little as 50p difference between a Duracell battery and a store-only version, while the widespread use of two-for-one and promotional offers can mean that branded products are more reasonably priced.

In Japan, Digital Xtreme is sold at up to 20 per cent above the average price of its rivals. But a company spokesman claims price will not act as a deterrent as the Digital Xtreme will not be lumbered with a “silly number”. He admits it will be pitched at a premium to existing competitors, however.

The other major test for Panasonic will be winning listings through all major distribution channels. The company has already begun making inroads against Energizer according to industry sources, and also has a notable strength in independent retail outlets.

But Panasonic has some way to go before it can match the relationship between retailers – particularly grocery chains – and Gillette. Indeed, Allan believes Duracell has become the industry standard to such an extent that retailers now ask the company to work as an independent consultant on the placement of stock.

He adds the realisation that batteries are one of the few genuine impulse buys has led to some interesting in-store innovations. Allan says that up to three-quarters of battery sales are on impulse: “Impulse has been the driving force behind category growth over the past few years as retailers have put batteries in larger and more prominent displays. All customers need batteries but they are never on the shopping list.” Also, there is a threat of EU legislation that might torpedo Panasonic’s eight years of development work behind the Digital Xtreme. There is an EU directive being considered which may impose recycling constraints on the sector.

Should predictions of a battery recycling law in the UK by 2008 come true, the rechargeable battery sector is likely to continue to grow at the expense of the digital battery sector. The category has already doubled since 2002, according to anecdotal reports.

But while demand for rechargeables is likely to accelerate, the need for longer-lasting disposable batteries will remain as long as there is a demand for power- guzzling electrical appliances. Panasonic will only become a significant competitor if it can convince the public its batteries are better than the bunny’s.