Its European marketing director for B2B Stephen Yeo says the process to consolidate all its databases into one CRM system, via marketing automation software Marketo back in April 2013, has been “liberating” and that, as a result, a third of the brand’s new business sales leads are coming from marketing campaigns alone.

Panasonic’s decision comes amid massive change within wider advertising. Programmatic’s total share of online advertising in the UK has risen from 28% in 2013 to 45% in 2014 according to the Internet Advertising Bureau (IAB) and will soar to 80% in three years’ time.

And Yeo told Marketing Week that he believes programmatic will “rightfully” become the future of marketing.

He explained: “This will become the dominant form of marketing. The Alan Turing test was that the definition of AI is not being able to tell the difference between a computer and a human, this technology is allowing us to get closer and closer to that ideal.”

Panasonic, which sees 72% of its business in B2B through solutions such as selling PCs directly to firms, has now rolled out the Marketo structure across its European business spanning 25 countries. It is also beginning to implement it across the US and Asia.

Yeo admitted that the strategy could be seen as a “risk” and that he isn’t shut off to suggestions that placing faith in algorithms can create a robotic feel to marketing.

However he hit back: “Yes it is a risk but at the end of the day behind every programmatic campaign is a human being. I’d like to remind people, that there are plenty of human interactions that also feel unimaginative and sterile.

“As long as you have people who understand it and put enough time into generating relevancy and content, you’ll get good results.”

Since switching its focus to programmatic, the subsequent campaigns have improved marketing’s contribution to Panasonic’s total revenues from 7% to 32%. It has also, according to Yeo, doubled the attendance at its European events due to creating “more engaged consumers.”

Yeo said Panasonic has tried to ensure it doesn’t spam its business customers and has a “throttle” installed to send each customer no more than three campaigns per quarter.

He believes a lot of brands have failed with programmatic due to using it in the wrong way and “scaring off consumers through spamming and intrusive tracking.”

He concluded: “I looked at nearly 10 solutions when doing the due diligence for this change and nearly all only focus on email and spamming.

“This will only work if there’s flexibility. We use it to determine marketing for our events, webinars and social media – it took us a year to design it and make sure it worked properly. There is just over 40 people on our marketing team and engagement levels have risen since we implemented Marketo. if you don’t do it right, then there’s no point.”

Less than half (49%) of online ads served in the UK met the IAB and Media Rating Council’s recommendations – that an ad is only considered viewable if it is 50% is in view for at least one second – in the second quarter of 2015, according to a new report from Meetrics, suggesting brands could have wasted £485m on ads that weren’t seen. 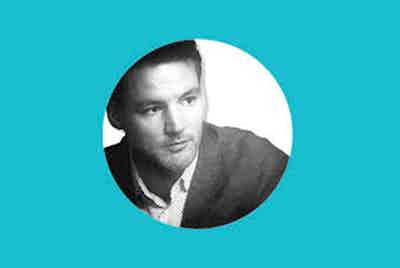 The insurance brand sees programmatic buying of TV content online as a route to cost-efficient ad targeting, and plans to adopt it for live TV as soon as it’s offered.