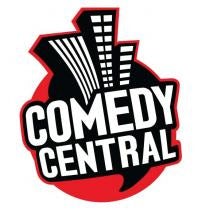 Comedy Central is rolling out a major marketing push in support of its rebrand.

The seven figure marketing campaign will use print, outdoor, online and PR activity to mark its move away from being known as Paramount Comedy.

The ‘Big on Comedy’ campaign will seek to educate consumers of the channels rebrand and push them to the new comedycentral.co.uk.

The work has been created by advertising agency Karmarama, with media planning and buying by Equinox.

Comedy Central MD Jill Offman said the campaign was designed to appeal to fans of the channel and future viewers.

The Evening Standard, The Sunday Times and Daily Star were the strongest year on year performers in the latest Audit Bureau of Circulations (ABC) figures for March. The biggest drop in the 6 months to March came from The Independent on Sunday, which fell by almost 21% to 169,777, and was down 6.53% month on […]

Sainsburys may claim to have renamed the fish Pollack to Colin but legally its not allowed to.

Shop Direct, the new owners of the yet to re-launch Woolworths brand, has launched an Easter microsite to keep future customers engaged and logged online during what would have been a crucial retail period for the retailer