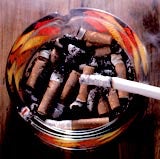 Rows erupted this week between the three main political parties as they outlined their manifesto positions on tobacco advertising in the run-up to the General Election.

Labour pledged to reintroduce the Tobacco Advertising and Promotion Bill if it is re-elected, with health minister Yvette Cooper accusing the Conservatives of “putting the interests of the tobacco industry ahead of children’s health” by delaying the progress of the Bill during the last Parliamentary session.

The Conservatives retorted by arguing that it was the Government which blocked the Bill by refusing to introduce a “sunset clause” enabling a review of the bill three years after its introduction. The two parties were also at loggerheads over exemptions for direct mail.

A Conservative spokesman says: “The Government has allowed it (the Bill) to fall. It was not our decision.” However, he confirms that a ban on tobacco advertising is not a Conservative election pledge.

The Liberal Democrats have pledged to ban tobacco advertising. Lib Dem shadow health secretary Nick Harvey accused the Government of fudging the Bill to avoid confrontation with the tobacco industry.

He says: “They’ve been looking for any excuse to shelve the Bill.”

Anti-smoking group Action on Smoking and Health (ASH), and cancer research groups are urging the next government to make a ban on tobacco advertising a priority.