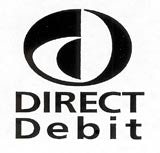 Partners BDDH won the business after a three-way pitch against Miles Calcraft Briginshaw Duffy and D’Arcy/Leo Burnett. The review, which was handled by the AAR, was called in August last year (MW August 1, 2002).

Despite Partners’ appointment, no above-the-line advertising is planned for this year. BACS’ spring campaign, which launches in February, consists of a direct mail and e-mail campaign created by Baber Smith and online advertising from multimedia design agency JKD. Manning Selvage &amp; Lee is developing a concurrent PR campaign.

BACS head of marketing and customer management Fergus Rose says: “While advertising has previously been used successfully to generate mass awareness and understanding of Direct Debit, it is not being employed in the spring 2003 campaign.”

BACS is owned by the UK clearing banks and building societies, and operates under the umbrella of the Association for Payment Clearing Services (APACS). It currently processes 3.5 billion financial transactions, such as direct debits, direct credits, and standing orders, every year.