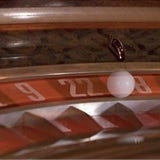 PartyGaming, the online gambling firm, is looking for a new agency to work on its affiliate marketing account – one of the largest in the world and responsible for &£155m of its revenues last year.

The company, which owns the PartyPoker site as well as a number of sister sites for casino and bingo, has made approaches to London-based agencies in the past week.

Affiliate marketing means a company pays third-party sites to drive traffic to its own sites. It is increasingly important for online gambling, due to restrictions on conventional advertising in the UK and other markets.

The company’s affiliate programme is run through its PartyPartners.com site, launched last year. Although its main focus is poker, the company is encouraging its partners to promote PartyCasino and other sites.

The company claims to have 41% of the global online poker market, well ahead of rivals such as ParadisePoker and Ladbrokes. In addition to its main PartyPoker site, the company runs secondary sites, including EmpirePoker and IntertopsPoker. The company has been trying to reduce its reliance on poker, which accounts for 88% of its revenues. It is expected to launch a major marketing drive for PartyCasino.com in the final quarter of the year.