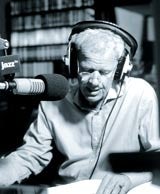 Richard Wheatly’s success as Jazz FM chief executive is a lesson to any flagging company not to reach for the panic button and get a young “whizz kid” in to sort out your troubles. He is also proof that an old hand can move to pastures new and succeed.

After almost 30 years in marketing and advertising, 56-year-old Wheatly moved into media and joined Jazz FM as chief executive in 1996 when the business was valued at less than £6m. Last week Guardian Media Group (GMG) agreed to buy the company for £44.5m (MW last week).

Wheatly will net a personal fortune of more than £1m once the deal is completed – an endorsement of his marketing abilities and business brain. Under him the station, which encompasses two FM stations in London and the North-west, has grown from being a small niche radio station to become a household radio brand. The business has also expanded with the creation of five record labels including Hed Kandi (MW July1, 1999) and Stereo Sushi (MW January 31).

Under his stewardship, Jazz FM has become the most listened to station on the Internet, pulling in around 800,000 listeners a week – 80 per cent of whom are tuning in from the US.

Wheatly seemed slightly weary on the day of this interview, which took place in his office two days after the deal was agreed. He said he felt as though he has just “come out into the light after being in a tunnel for a very long time”, and says he is more than ready for a long holiday.

After being pushed about his future plans, Wheatly admits that his time as chief executive at Jazz FM is drawing to a close: “While I am happy to do everything I can do to integrate the sale, I will probably be moving on.”

Wheatly appears confident that Jazz FM will be in good hands under the stewardship of GMG, owned by the not-for-profit organisation Scott Trust.

“It [GMG] had a stake in Jazz and a representative on Jazz’s board for several years, so it’s not as though it is a stranger,” he says. He believes the company will make few changes and that it is unlikely to take over responsibility for advertising sales from Jazz’s incumbent shareholder Clear Channel.

Although Wheatly courts the press on behalf of Jazz FM, he manages to keep much of his private life from industry gossips. Few people in the marketing and advertising industries could claim to know him well, and as one person who has worked closely with him puts it: “What’s his business is his business.”

Wheatly’s partner is Denise Kingsmill, deputy head of the Competition Commission. The two were brought together when Wheatly co-ordinated a bid by Rainbow – a consortium that included Leo Burnett – with a view to becoming the first operator of the National Lottery.

Wheatly genuinely loves jazz music and presents his own show on the station – Smooth Jazz in the Night – in the early hours of Monday morning. His show pulls in 40,000 listeners – more than BBC’s Radio 3 for the same time slot.

He admits to feeling chuffed when he receives fan mail, sometimes from Internet listeners in Australia and New Zealand.

He plays the saxophone, “not terribly well”, and the piano. But he declines to treat visitors to his and Kingsmill’s home in Holland Park to recitals on his baby grand piano, preferring to play them tracks from his extensive collection of jazz records.

Cambridge-educated, Wheatly started his career as a graduate trainee at Unilever. He went on to work at McCann-Erickson and Leo Burnett, where he rose to become its UK chairman. He says that his experience in marketing and advertising were two major strengths he was able to bring to Jazz FM.

“I liked brands and what excited me about Jazz FM was the brand,” he says. “I didn’t look at it as a radio station, I looked at it as a music business and then thought, what can we do now to own jazz?

“When it comes to advertising, it is about bringing in different consumer insights to a problem, getting consumers to look at it in a different way and that is how you make something successful – which is what we did.”

Divorced twice before he met Kingsmill, Wheatly has one daughter and from his relationship with Kingsmill two stepchildren. Ironically Kingsmill’s children seemed to have plumped for his choice of career. His stepdaughter is a marketer at NestlÃ©, and his stepson works at advertising agency Delaney Lund Knox Warren. Wheatly’s daughter is a teacher and, as he puts it, “a brilliant mathematician”.

It is hard to imagine that he ever gets agitated about anything much. During the interview he frequently brings up the subject of “relaxing” several times. Listening to jazz is “relaxing”, fishing is “relaxing” and the odd glass of white wine is “relaxing”.

Wheatly also loves to cook, favouring French and Indian dishes. “I find something very relaxing about going home at the end of a day and laying out all the ingredients in an orderly fashion,” says Wheatly.

When GMG launched its bid for Jazz FM, Wheatly was forced to fly back early from a short break in Bally Maloe in Ireland, where he was learning how to cook game.

He says Kingsmill and her son have influenced his dress sense. Always well turned out, Wheatly thinks he should “look the part”. He is often spotted wearing black polo necks or immaculate suits from Richard James, an off-the-peg tailor just off Saville Row to which his stepson Ben introduced him. He drives a Mercedes 500 SL, which is “quite old, but quite flashy”.

Whatever his luxuries in life, it is hard to believe that Wheatly is ever wasteful with money. His office is so basic and lacking in personal effects that you wonder if the station just recently moved to the premises and would be surprised to learn that it has been in the same location since its launch in 1989.

Laid back and mellow, Wheatly is very suited to Jazz FM. And that will make his next role, which he is in no hurry to find, all the more challenging.