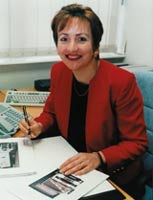 Patak’s has decided to split the role and is now looking for a group marketing director, who will report to managing director David Page.

Cannon will leave Patak’s in September to become Grampian Country Foods’ first marketing director. She has been marketing director with Patak’s for two years and joined the Indian food company from Fisher Quality Foods, where she held the same post.

Patak’s is run by chairman Kirit Pathak and co-director and wife Meena. Kirit’s father, L.G Pathak, set up the business 25 years ago, selling to Asian shops in London and the South-east before moving to Lancashire.

Patak products are available in more than 40 countries and the company claims to be the brand leader of Indian food in Australia.

In the US, the company runs a joint venture with Hormel Foods called Patak’s USA. Its products include chutneys, cooking sauces and breads.

Patak’s has used Mitchell Patterson Grime Mitchell since 1997 and at the start of the year the agency created a brand-building television campaign (MW January 4).

Media is handled by Mediahead Communications.