Payday lenders could be forced to display clear warnings on all adverts and promotions along with extra detail about debt advice under the proposals put forward by the Financial Conduct Authority (FCA) for when it takes over regulation of the sector in April 2014.

The FCA will also have the power to ban “misleading” ads. The sanction is a separate but complimentary deterrent to the Advertising Standards Authority’s remit, which also has the power to ban advertisements it deems misleading but unlike the FCA has no statutory underpinning.

The financial regulator will be inviting feedback from consumers on the proposals ahead of finalising its remit early next year.

The FCA, which was formed earlier this year, has pledged to act faster to address problems, impose unlimited fines and force payday lenders to give people their money back when they have been treated unfairly.

Martin Wheatley, the FCA’s chief executive, says the rules are not designed to prevent payday loan business from growing, promising the sector “has a place”.

He adds: “Today I’m putting payday lenders on notice: tougher regulation is coming and I expect them all to make changes so that consumers get a fair outcome. The clock is ticking.

“But this type of credit must only be offered to those that can afford it and payday lenders must not be allowed to drain money from a borrower’s account. That is why we’re imposing tighter affordability checks, and limiting the use of rollovers and continuous payment authorities.”

Gillian Guy, chief executive of Citizens Advice, welcomed the proposals and said they would help “stem the tide of unscrupulous lender”.

She adds: “Payday loan advertising is also a cause for concern as adverts often mask the hardship caused by payday loans so it’s good to see a clamp down in this area.

A spokeswoman for the Advertising Association applauded the FCA’s decision not to impose stricter regualtions. ”Crucially, today’s FCA consultation takes an advertising ban off the table. It is important that legal, decent, honest and truthful ads are free to encourage competition in a market which sorely needs it.  The proposed risk warnings may have a role to play, and we must work together to examine the evidence as to whether they would be effective.”

The measures come on the same day a government survey of more than 4,000 people reveals payday lenders are failing to adhere to voluntary industry standards. Nearly a quarter of consumers faced pressure from lenders to extend their loans, and around half said they did not explain the risks of doing so, the survey found.

The Competition Commission is currently investigating the market on a number of points to prevent “irresponsible lending” to the vulnerable and the poor. Provisional findings are set to be published early next summer and a full report by the end of 2014.

The Office of Fair Trading (OFT), which referred the sector to the CC following its own investigation, has previously criticised it for using aggressive and misleading debt collection methods.

The UK padyay market, which is said to be worth £2bn, has grown rapidly in recent years as brands such as Wonga and QuickQuid have rose to prominence in the wake of the 2008 financial crisis and subsequent credit crunch. Criticism of the consumer credit market has gotten louder with consumer groups and governments voicing their concerns about the lack of regulation around the market.

Wonga was unable to respond to a request for comment before this article was published.

I recently gave a presentation at a conference about the relationship between sales and marketing and was set up in a debate with a salesman who had little time for the art of our profession. In the end we did find things to agree on, which ties with my experience – that there’s a symbiotic relationship between sales and marketing in most businesses. 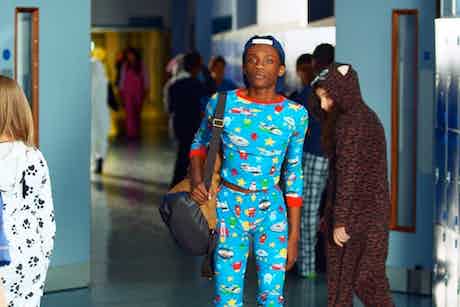