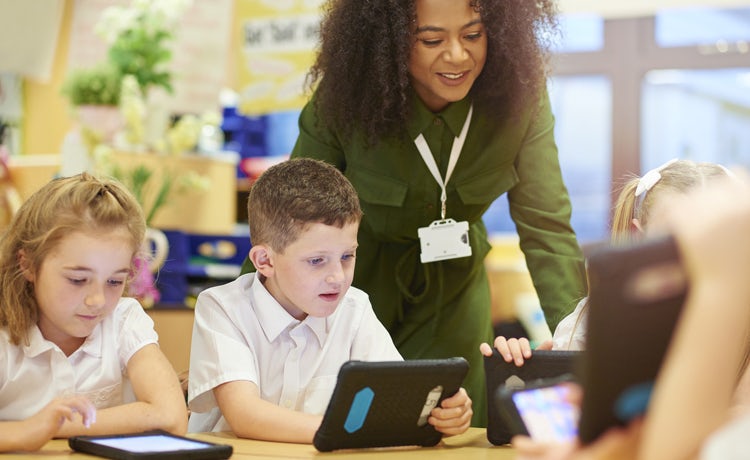 For those unaware of Pearson’s 173-year-long tale, here’s a quick history lesson. In the old days, Pearson was a large holding company with a diverse portfolio, encompassing brands such as the Financial Times and The Economist alongside a large education division.

Two and half years ago, however, it made the decision to focus entirely on education and build its business through books and learning programmes. In 2015, it sold the Financial Times and its stake in The Economist, while this year it reduced its stake in publisher Penguin Random House to 25%.

Despite offloading some of its brands, Pearson continued to struggle. It reported a pre-tax loss of £2.6bn for 2016, predominantly due to the collapse of its US higher education business and falling textbook sales. It knew things needed to change.

While the company has traditionally been a house of brands, it set out to become a branded house and use the corporate brand to build a relationship with consumers, says Kate James, Pearson’s chief corporate affairs and CMO.

We are focused on how to shift the brand to become more experience-led, as increasingly the power is sitting with the learner who is influencing purchasing decisions.

James, who was previously head of communications at the Gates Foundation and has held roles at Citibank and GlaxoSmithKline, claims it was “a bit of a Wild West” when the company had a house of brands, and the company brand was heavily under-utilised.

“The journey over the past two years has been to become a branded house, and bring in that discipline and consistent approach to how we think about [the Pearson brand],” she says.

The company’s ambition to become more simplified and efficient is also driven by the recognition that digital disruption in the education sector is heavily underway, with students now expecting new, predominantly digital, ways of teaching.

READ MORE: Digital transformation 2.0 – The new challenges and how to overcome them

This new vision means Pearson no longer wants to appeal to educators and industry professionals alone; it also wants to reach out to consumers directly. In short, the company is hoping to transform itself from a purely business-to-business brand to one that has its eye on the end user too.

“We are focused on how to shift the brand to become more experience-led, as increasingly the power is sitting with the learner who is influencing purchasing decisions, and increasingly we go directly to them,” she says.

So far, Pearson has looked to target consumers through a pilot partnership with IBM’s Watson, which is described as a “computer system capable of answering questions posed in natural language”. The initiative, launched in October last year, looks at the opportunity of augmented learning, or a virtual tutor that students can draw on for help. 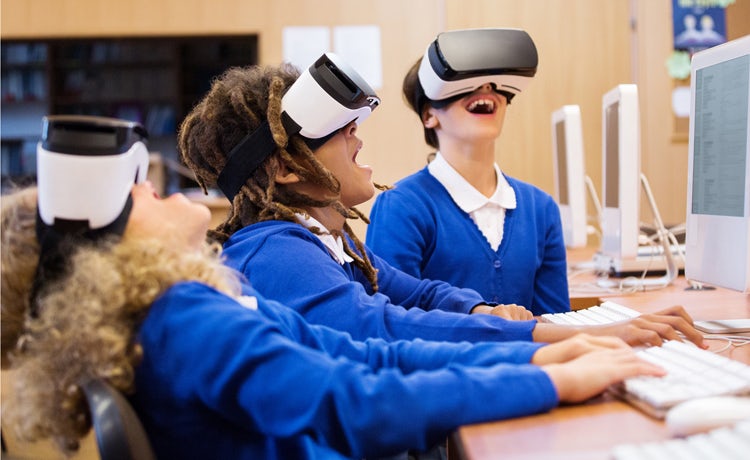 Next year, it is also looking to provide a virtual reality experience for students to explore the Sistine Chapel, where they can transport themselves to Vatican City and learn about its history.

“Clearly that’s much more powerful and impactful than reading about it in a textbook,” she say. “Students’ expectations of learning have changed. They want to learn anywhere, anytime; they want to do it on their smartphone or tablet, so we’re making that as easy as possible.”

Building the Pearson brand, trying to sell directly to consumers and responding to digital disruption is not an easy task. As a result, the business has also had to rethink its approach to marketing.

With its previous portfolio of companies, it had lots of different marketing functions across the organisation. The company is now looking to centralise these departments, while keeping localised marketing capabilities. As a result, the past 18 months have been used to explore where it would make sense to have “global centres of excellence”.

The value of having a global approach to marketing, James says, is that the business can ensure its global marketing spend is being allocated against its biggest priorities, while ensuring a “cohesive and consistent” brand approach.

“Perhaps traditionally, we might have had a significant budget to fund [activity across the business], but now we’re driven much more by our insight and research capabilities, so we can invest smartly against our biggest opportunities,” James explains.

“In terms of marketing, with every investment we’re looking at ROI and that we have metrics to back the decision up. It’s not rocket science, but historically we’ve not always had this.”

We’re driven much more by our insight and research capabilities, so we can invest smartly against our biggest opportunities.

Pearson is also looking to take more of a test and learn approach to its campaigns. If a campaign works in one market, it can quickly learn, export and scale it. For example, 2017 saw the launch of Pearson’s first ever brand campaign, which looked to “capture the hearts and minds” of consumers. It initially piloted it in the UK in Birmingham, but it has since been taken to Austin in the US after achieving encouraging results.

“We wanted to make an impact, [because] North America is our biggest market by some way. The campaign looked at the relationship between teachers and students, and was focused around students that went on to become really successful due to teachers that inspired them. So we wanted to recognise the value of teaching,” she says.

READ MORE: How the Beano’s digital transformation is helping the brand reach a new audience

To drive its success further, Pearson has decided to adopt an “agency-based model”. Like with agencies, this gives marketers the opportunity to work with different clients and parts of the business. James is hopeful this approach could also attract the best talent in the industry.

She explains: “We are giving people a breadth of experience, which provides more value to the business, but also gives them more opportunities to progress and have a more satisfying career.”

Pearson’s latest results came out late October, showing some mixed results. Underlying revenues fell 2% in the first nine months of this year compared to the same period in 2016, while sales in the US were down 4%. That said, it increased its expected operating profits for 2017 from £546m to £576m. As a result, there seems to be “cautious optimism” in the company.

She concludes: “It’s important to point out this is a long turnaround. We know we still have significant structural challenges. But if you saw our latest headlines, we’re cautiously encouraged.” 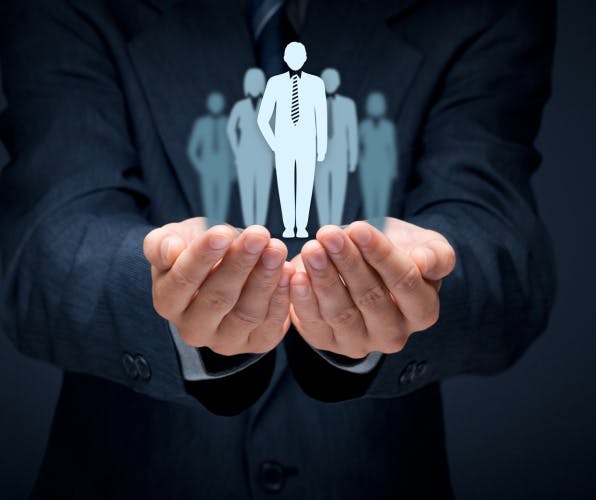 HR is at the centre of changes to leadership, training and the application of data so digital transformation of internal processes is just as critical. 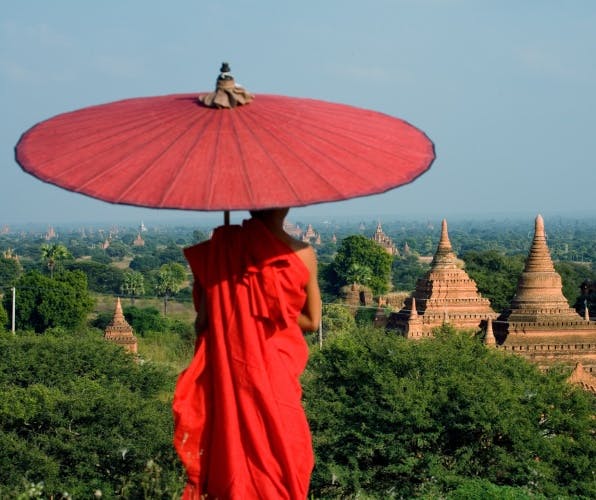 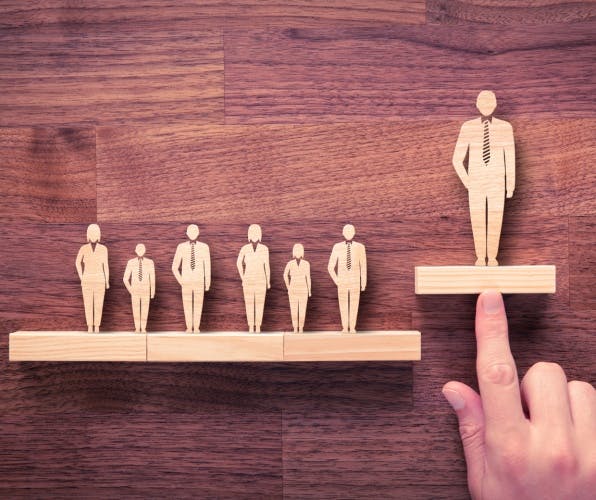 The approach brands take when embarking on a digital transformation journey may differ but getting buy-in from the C-suite and communicating what’s happening to the rest of the business is critical to success.