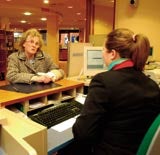 Concerns over the UK’s ageing population and the looming pensions crisis has been well documented and new research shows that people are becoming increasingly worried about financial security in their old age.

Research commissioned by Independent Age, the national charity that champions independence for older people in need, and carried out by MORI, shows that after hopes for good health, financial security in old age is a key concern for people of all ages. Indeed, 67 per cent of all respondents said they worried about their future finances.

But perhaps surprisingly, the research found that this concern decreases with age, and that it is 35- to 64-year-olds who are most concerned about financial comfort. Those aged over 65 are less preoccupied with money and more concerned about having friends and family around and retaining their independence.

This difference is reflected in the fact that the perception of what makes a “happy old age” also changes for the over-65s. The priorities of respondents aged 65 to 70, are similar to those of 15- to 24-year-olds. Respondents in these two groups are less likely to be in full-time employment, which suggests that working may influence our perception of what makes happiness in old age by placing greater emphasis on financial comfort.

The country is divided over its desires for old age: financial security comes top of the list for 74 per cent of respondents in the South-west, Yorkshire and Humberside, and for 73 per cent of those surveyed in the West Midlands and Wales. It was of the least importance for respondents in London, where 45 per cent rated an active social live as their top priority. This is higher than anywhere else in the country. There is also a clear gender difference, with men tending to value financial comfort the most while women wish for prolonged independence and an active social life.

MORI also asked respondents about their fears about old age, apart from poor health. Loneliness is the most pervasive fear, with a third of respondents mentioning it, closely followed by not having enough money, with 31 per cent of those surveyed saying that it was a concern.

Predictably, age is a key factor in determining fears about elderliness. The research found that concerns about financial status and loneliness decrease with age, whereas fears about losing independence grow among older respondents. Older women, many of whom live alone, are particularly worried about losing their independence, and this is most pronounced in the North and South. Loneliness, like loss of independence, plays on the minds of younger women far more than it does in the case of older women, or men of any age. Men, irrespective of age or region, are less likely to fear loss of independence.

Financial fears are most evident among young men, which is also the group that is most focused on earning money. However, young men in the North buck this trend, voicing relatively little concern about money worries in old age. Overall, young Northern men have the lowest level of fear across the board and young women in the South have the highest level of anxiety.

Overall, respondents aged over 65 appear to expect less from their children than those aged between 16 and 54 appear willing to give. Only after the age of 70 do respondents’ expectations from their children increase slightly. But the support that is willing to be offered to parents becomes less generous with age: the older the respondents are, the less prepared they are to live with their parents or pay for their care, despite in many cases being more able than younger people to do so.

The research also shows that 61 per cent of respondents are not happy with the way the Government is treating older people. A similar level of respondents do not believe that the interests of the elderly are high on the political agenda. It also found that there is no single public figure or celebrity perceived to be promoting the needs of the over-65s, and in this sense there is a gap for a public “face” to be associated with the needs of this group of people.